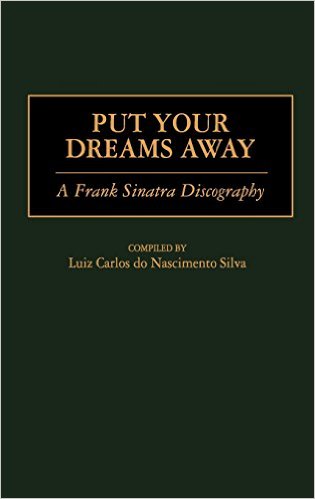 We left off in the year 1978, when I was still doing quite a few demos for various songwriters. As I previously mentioned I was doing work for arranger/producer Don Costa. Don had a small studio in Hollywood where we recorded lots of demos for a songwriting team that he had signed to his publishing company. The writers were David Fisher and AB Clyde. Not much came of the songs that they wrote and Don decided to move his studio to his house in Beverly Hills. Now we were at Don’s home cutting demos for these songwriters and Don was hearing the results and decided to start hiring us to play on a few things. We would go to the house and there would be the singing duo Steve and Edie, Flip Wilson would be around at times, not sure why, and various other Hollywood-ites. Don’s brother Leo booked all of the sessions and Don started to use me on a few bigger projects. Don had done quite a few arrangements for Frank Sinatra over the years. One day my phone rings and it’s Don’s brother Leo. Leo says he wants to book me on a session for Frank but tells me the tracks will actually never see the light of day. Apparently Frank wanted to go in the studio and record some things but not for a particular album. Kind of glorified demos I suppose. Anyway I book the session, it’s at the Warner Brothers scoring stage in Burbank. I am blown away by the fact that I am getting this call which is a huge deal for my career and I’m just hoping I can do a good job. One side note, my future wife Libby had come to LA with her good friend Pat Yuele whose brother Joe was living in the valley and drumming for John Mayall. Libby was at my pad when the call came in. I hung up the phone and said to Libby, “I just booked a date with Frank Sinatra”!! There were three guitarists on the session, myself, Tim May and Al Viola, both of these guys very heavy hitters in the TV/Film session world. The engineering team had set up the guitars close to the front of the orchestra. Frank’s mic was set up in front of us about maybe 15 feet and to our right. The conductor was set up to our left maybe 20 feet away. The conductor was Vincent Falcone. Frank and Vincent walk in the room, Frank was really cordial, he walked right up to the guitar players and greeted us all, it was amazing! Apparently Vincent was quite nervous, I seem to recall some long moments of waiting while there were conversations going on in the control room. I’m not sure what they were about but we got rolling and about 45 minutes to an hour into the session I look up and the powder blue shirt Vincent was wearing was soaked!! The poor guy was sweating bullets, I’ll never forget it. Now I’ve told the story for years and of course there was never an album released and so I never had proof that I had played on the session. I always figured that people thought I was full of it. Hahahaha. One day a few years ago I’m sitting at my desk at Berklee and my phone rings. On the other end of the line is a fellow who is doing some research and asked me if I was the Marty Walsh that had played on this Sinatra session. I couldn’t believe it. In the year 2000 there was a book published called “Put Your Dreams Away, A Frank Sinatra Discography”, the writer had gathered together the union contracts of all of Frank’s sessions and published all of the data in this book. There on page 488 is my name! David Edelstein who was part of the Costa demo rhythm section was also on the date. Here is my datebook entry. It says John Fresco/Sinatra, not sure who John Fresco is but I’m guessing he had something to do with me getting paid. And here is a link to an article on the newly discovered songs that we recorded if you care to dig it.

Moving into 1979 things are picking up, more demos and more legit Costa dates. Then the crucial session of my career took place. Here are my payment book entries from April and May of ’79. The noteable dates are 4/3 when I did a demo session for my songwriting brother Dan. The entry says “Boone”, that was for Daniel Boone a nickname our father used to call him. More on that in a minute. There are tons of entries for A&M publishing sessions mostly for Allee Willis and David Lasley. Also on 5/24 is an entry for Kenny Rankin. That was the first of a string of dates I did for Don who was producing Kenny on an album that was never released. What is it with me and records that don’t get released? 🙂 One of my real music heros was on that date, drummer John Guerin. I just loved his playing and I couldn’t believe I was actually playing with the guy. One of my all time favorite drummers.

Now back to my brother Dan’s session. That session included a demo of a song called Love Pains. Dan was half of a songwriting team called Price and Walsh. Their first big hit was a song called “Temptation Eyes” which was recorded by a group called the Grassroots. My brother was living in a dump of an apartment at the time in Hollywood, I recall our mother was not very pleased. He and his writing partner Michael Price were signed to a producer by the name of Steve Barri. Steve was a staff producer for ABC Dunhill records, and the Grassroots were one of his clients. The Grassroots recorded Temptation Eyes, it became a big hit and my brother moved out of the dump and bought a really nice home in Woodland Hills which he still lives in today. At the demo session for Dan we recorded Love Pains which was ultimately going to be recorded by Yvonne Elliman and it was slated to be her single. Yvonne came to notoriety when she did the album 461 Ocean Blvd by Eric Clapton. She went on to having a solo career and Steve Barri who had now moved to Warner Brothers was hired to produce some tracks for her upcoming release.

The Yvonne session was booked for June 18th 1979. The musicians were called for the record date. Jeff Porcaro on drums, (more on working with Jeff in a future installment) his brother Mike Porcaro on Bass, Michael Omartian was the keyboard player/arranger and my buddy Jay Graydon was booked on guitar. Now, back then producers always hired at least two guitar players on record dates. Steve Barri’s assistant Karen White called all of the guys that Steve would use. It just so happened that on that date none of his go to guys besides Jay were available. Enter my brother Dan. I had played a rhythm guitar part on the demo that Michael Omartian was going to actually write into the arrangement. Apparently Steve loved the part and it was going to be really featured in the mix. Dan suggested that they just hire me to be the second guitar. There were three songs that were going to be recorded, Love Pains, Greenlight and Rock Me Slowly. At the time all LA guitar players were playing small Fender amps. Mono amplifiers. I had seen guitarist Buzz Feiten playing a live gig and he was playing through one of these. I loved the sound and bought one. The key is that it had two speakers and a built in chorus effect that moved in stereo between the two speakers. The studio that the session took place in was Seals and Crofts facility called Dawnbreaker. That’s where I had done the recordings for them, and the house engineer Joe Bogan I knew really well from working with S&C. I get to the date and asked Joe to put two mics on the amp and pan it left and right. Unheard of at the time. He did and when we cut the track everyone at the session was blown away with the sound. Stereo Guitar!!!! Woah! Here is a link to Love Pains.

We tracked Rock Me Slowly then a great song called Greenlight and called it a day. An interesting note about Greenlight. There was a guitar part in the intro that Michael had written into the arrangement. I figured out a way to play it that included using some open strings. I tried to make it as musical as possible. Jay was sitting to my left and he says to me. “Marty, how are you playing that? I want to double it!” I am kind of blown away that the #1 call LA studio guitarist is asking me how I am playing this.

Here is a link to Greenlight.

I literally walked into my house after the session and my phone was ringing. I picked it up and it was Michael Omartian’s assistant booking me on a string of record dates. The first ones were for Benny Hester, a Contemporary Christian artist. There were many more over the years with Michael. A few days after the session Karen White who was St=eve Barri’s assistant calls me and says “Marty you didn’t write double scale on your W2 form. Steve only hires double scale musicians so in the future make sure you write double scale on the W2! I was now Steve’s #1 call for record dates AND making double the Union scale not demo rates! It looks like turning down road gigs is paying off. Here is my payment book from June and July of ’79. There is a Leonard Cohen session on 6/14 that was for his record Henry Louie was producing, the Yvonne session on 6/18, some sessions for Gary Wright and more Kenny Rankin dates. That’s it for today, thanks for reading and see you next week!