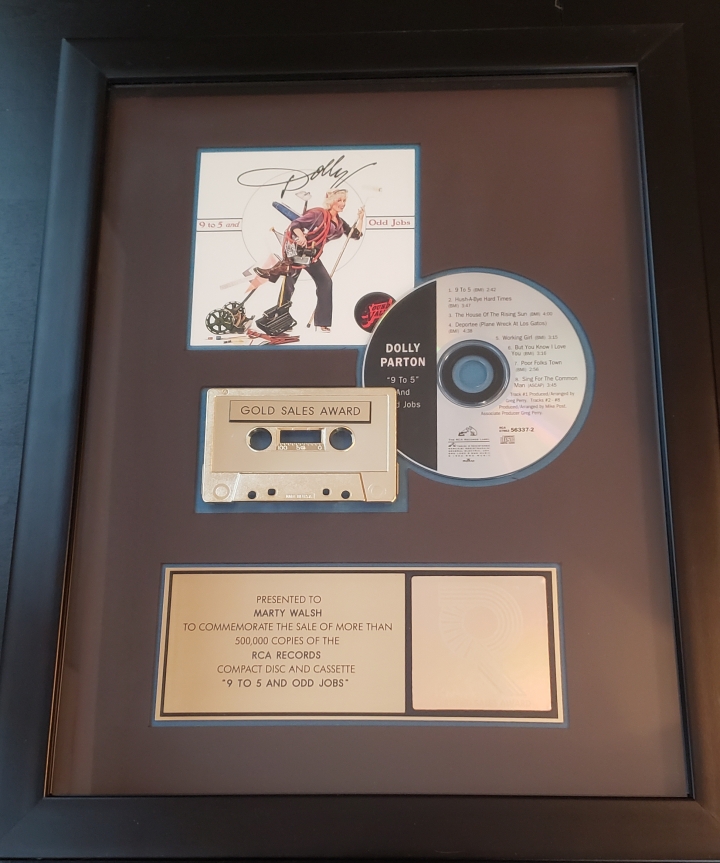 So we are now entering the 80’s where I did the bulk of my session work. As I said in the last installment, when I did the Yvonne Elliman session for Steve Barri, my buddy Jay Graydon who was also on the recording date was essentially getting out of the session business. Here is a great video clip of an interview with Jay that was done a few years ago talking about the lifespan of the session musician.

At this point I became the #1 call for Steve Barri as Jay was pretty much out of the session biz and he was Steve’s #1 call. Michael Omartian who did the Yvonne arrangements was a great producer as well and he started to use me quite regularly. Steve Lukather was really Michael’s #1 call but he was not always available so I was doing lots of things for him. The first album I did for Michael was Benny Hester’s “Nobody Knows Me Like You”. That album featured Michael on keyboards, Abe Laboriel on bass and Ron Tutt on drums. All “A” team players. Benny was a Contemporary Christian artist and after that album was released and other Contemporary Christian producers saw my name on it I was getting lots of calls from them because Michael was so respected in that industry as a producer. Looking at my book from after the Yvonne session it’s just crammed with calls from Don Costa, Steve Barri and Michael Omartian. I was also getting quite a few calls from other producers telling me that Jay had recommended me for session work. I certainly was flattered that he felt enough of my playing to recommend me to what really was a very exclusive club. Here are another 2 videos of Jay talking about how great those times were and the #1 call guys.

Along with the cartage company to haul my gear I also found out that you had to have an answering service that called musicians. There were two in LA that you had to be a part of, Arlyn’s or Penny’s Hot Line. Lots of recording session contractors used these services to book the players on dates. I joined Penny’s Hot Line and the calls started coming in from them as well. There was a real busy contractor in town by the name of Frank Decaro. Frank always called Jay and one day Penny’s calls me and books me on a session. I forget who it was for but Frank gave them my name and told them to book me. I remember when I met him he said this, “After the first session I booked Jay on he was on all of my dates”. Essentially saying “This is your shot kid, if you do a good job you will be my go to guy”. I don’t think I ever really achieved that status but I did do a number of dates for Frank over the years.

One of the more memorable dates in 1980 was the following: On April 4th 1980 Frank booked me on a session at Sound Labs studio in Hollywood. Here is my datebook and session payment log from back then. In the datebook it also says “Greg” who was Gregg Perry, Dolly Parton’s producer. So on April 4th we did the Dolly Parton song 9 to 5. Huge hit. All these years later it seems that song has kind of become Dolly’s signature piece. To me it was just another 3 hour session although when we cut the track it was obvious how good a song this was.

And on April 15th it’s kind of hard to read but that was a Johnny Mathis/Diana Ross session.

One other interesting point is that as a studio musician sometimes your work doesn’t make the record. On the song 9-to-5, I was hired along with another guitarist whose name will remain anonymous. They gave me the rhythm part and they gave him the “fills” part. When I received a copy of the record I was very surprised that they had replaced him with one Jeff Baxter. This is something that happened to musicians quite frequently back in the day. I suppose Steely Dan was the most famous for replacing players. The song was the theme of the movie of the same name. Here are stats.

The film’s title song garnered Parton an Academy Award nomination and four total Grammy Award nominations, winning her the awards for “Best Country Song” and “Best Country Vocal Performance, Female”. In addition to appearing on the film soundtrack, the song was the centerpiece of Parton’s 9 to 5 and Odd Jobs album, released in late 1980. The song was released as a single in November 1980 and reached number one on both the Billboard Country Chart and the Billboard Hot 100 in January and February of 1981, respectively.

Finally to close out 1980 back to my datebook, two more sessions that apparently never saw the light of day! Thanks for reading, next week, 1981 when things really get cranking!