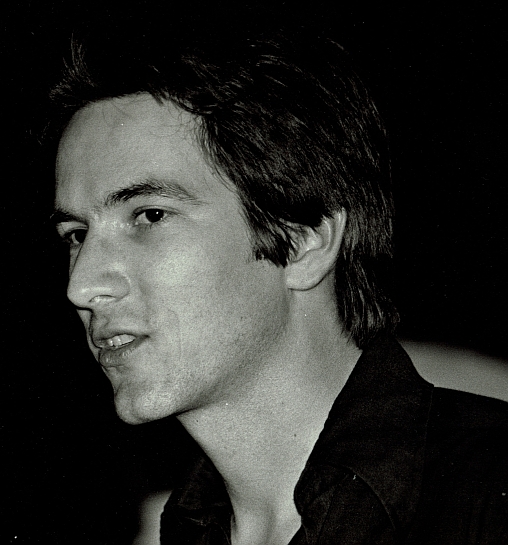 The last Seals and Crofts live dates were in the first week of November 1977 in Lake Tahoe CA. Here is a backstage pass from Medford Oregon a week prior. Jesse Colin Young opened up the show. A few years ago I taught his son Tristan at Berklee. Excellent bass player. That was my second year with S&C and when they called for the next summer tour I declined. I had been touring for 4 years, 1 with The Defranco Family, then on to Eddie Kendricks and two years with Seals and Crofts. I had been getting a lot of calls for “demo” sessions, S&C hired me to play on a few legit (Union) dates and I thought it was just time to try to make the move to “A” list sessions. My book at this point is filled with names of songwriters, publishers and producers who needed to get demos of songs done to show to prospective clients. Going through my book is like a time machine, tons of stuff with Bill Cuomo, (Bill was really the guy that kept kept me working and I owe him a huge debt of gratitude for that) Jerry Marcellino, Steve MCcarthy, Al Delory, Don Costa. Don was actually using the rhythm section on some union sessions along with the demos which I suppose was one of the things that gave me the courage to quit the road. His rhythm section consisted of George Green on drums, David Edelstein on bass, Rocky Davis on keyboards, myself and Bob Walden on guitars. We had been playing on sessions for Don for quite some time now and we’re getting pretty good. Also there are NO entries from “Scott Allen” the agency that booked me on casuals. I’ll never forget the phone call in September of 1977 when Shirley of the Scott Allen agency called me. She called me every September when she knew the summer tours were coming to a close. She called and said “Hi Marty, it’s Shirley, do you have your book?” I said “Shirley, I’m done. Thanks for the call but I’m not doing casuals anymore”. That was an incredible feeling. I had saved my dough for 4 years. I had a huge bank account and now was the time to make the move. Finally I felt like I didn’t have to put on the Tux and sing Johnny B Goode for the kids. Big Exhale, AHHHHHHHHHH!!!!!!

Interestingly a few weeks later my phone rings. I pick it up and it’s Frank Zappa’s office! They want to know if I would like to audition for Frank’s upcoming tour. I guess I had become known in the LA touring circles and they figured they would give me a shot. I very politely said, “That’s really nice of you but no, sorry, I am not going on the road”. Now, the deal was that I had made a commitment to myself and if I went back on the road I would just be delaying the session career I was pursuing so I turned down the Frank Zappa audition. The truth is I would have never gotten that gig! I couldn’t play his music, way too complex for a guitar player like me. It did feel good to stand my ground and say to myself this is it, this is the time, you have to see this through.

Enter A&M Records and its publishing wing Irving-Almo. Songwriters Allee Willis, David Lasley, Arnold Mcculler and Jon Lind were signed by Irving-Almo. Another writer that was in with this crew was Franne Golde who was signed with publisher ATV Music. They needed a band to record the demos that these songwriters had written. My good friend, drummer Gary Ferguson booked these sessions. Here is a shot of Gary and myself sometime in the late 70’s. Gary and I had been playing in various bands for many years. He had made a connect with the woman in charge of hiring the demo musicians for Irving-Almo, Marcia Burns. They had those writers signed and needed a band to come in and record the demos of their songs so they could send them to prospective artists. Gary put together a rhythm section consisting of us and a stable of other guys depending on who was available. Max Noland, Kenny Lee Lewis and Bobby Watson on bass, Jay Gruska, David Benoit, songwriter/singer Bruce Roberts, Dave Wallace on keyboards, Todd Robinson or John Wheelock on guitar. Rarely did Gary or I sub the gig out. We needed the dough and were pursuing the same thing, “A” team studio work. These writers were really good. David Lasley and Arnold Mcculler were writers and also really in demand ‘A” list vocalists. They were touring with James Taylor back then and all these years later still are. I actually saw them at a James Taylor show a few years ago. We cut tons of songs, lots of 9am calls at A&M studio “C”. That was the small room. Across the hall were studios “A” and “B” where the major league sessions were happening but hey!, I was happy to not be singing at weddings or working all night in clubs. I was a studio musician! Honestly I spent a lot of of time at the beach in ’78, the demos didn’t pay all that well. The bank account was paying the bills.

The demo that became the biggest hit was Boogie Wonderland written by Allee Willis and Jon Lind. Here is the original demo, I am not sure who is on this other than myself and Gary Ferguson with Jon Lind on the lead vocal. Thank you Jörgen Johansson for sending me this track.

The craziest demo we did was called “Murder In The Gas Line”. In the late 70’s there was a gas shortage going on in the states and some of the writers wrote this whacky song. We cut the demo and A&M loved it so much they released it as a single! We never got paid for a legit session which should have happened but we didn’t care, it was a bit of a hoot. Dig the .jpg of the single, the writers are A. Pricehike and Ethyl Burns!! The artist is Randy Pump and The Gas-O-Letts. Hysterical. I’m actually not sure who wrote it, I remember cutting it but forgot the writers, Arnold Mcculler sang it. Here is the recording. I always loved this track.

A&M Records put this out and one day someone actually WAS murdered in a gas line so A&M pulled it immediately!!

At this point I am doing lots of demos and have played on a few major label releases but still trying to break into the real scene. I go to Valley Arts Guitar in Studio City, buy all of the various guitars I think I will need for sessions. (Nice to have that bank account again…) Mike and Al at Valley Arts were a huge help to me. They were working with the best of the best at the time. Larry Carlton, Jay Graydon, Steve Lukather to name a few. I bought my ’59 Esquire there and had Mike McGuire “Mod” it by installing 2 ’70 Les Paul mini humbuckers in it. That became the workhorse guitar. Also I had worked a bit with drummer Mike Baird who told me about “cartage”. It seems the studio musicians all had their gear with cartage companies that would haul their gear to sessions and set it up. Nice!. I called Baird’s company R&R Express and gave them all my gear.

The entries in my book at this point are all over the map. Some are legit union sessions, most are more the demo variety, not paying much. One of the things that came out of the Seals and Crofts gig was doing union sessions for a fellow named Parker McGee. Parker had written a big hit for England Dan and John Ford Coley called “I’d Really Love To See You Tonight”. They were with Seals and Crofts management company headed up by Marcia Day. England Dan was Jimmy Seals brother. Parker was hot as a writer and he came to LA from Nashville to produce some other things. He didn’t know many LA session musicians and I had done work for Louie Shelton so I guess that was good enough for him. Here are a few of my book entries from 78.

Note on April 19th and 20th I did double union dates for Parker and sandwiched in between was a demo for a guy named Rick Porter for $50. Also note on May 10th and 18th my first A&M sessions paying $35 and $65. So we are in the middle of 1978 and I’m gaining some session visibility in close circles like the Seals and Crofts camp, but still mostly living in “demo” world. One of the Costa writers David Fisher got the gig doing sound alikes for 20th Century Fox TV. Knight Rider was one of his big accounts. I am doing all of David’s dates which is a big step up but I’m still looking for that one gig that changes everything. That day came on June 18th 1979….

Thanks for reading and see you all next week!