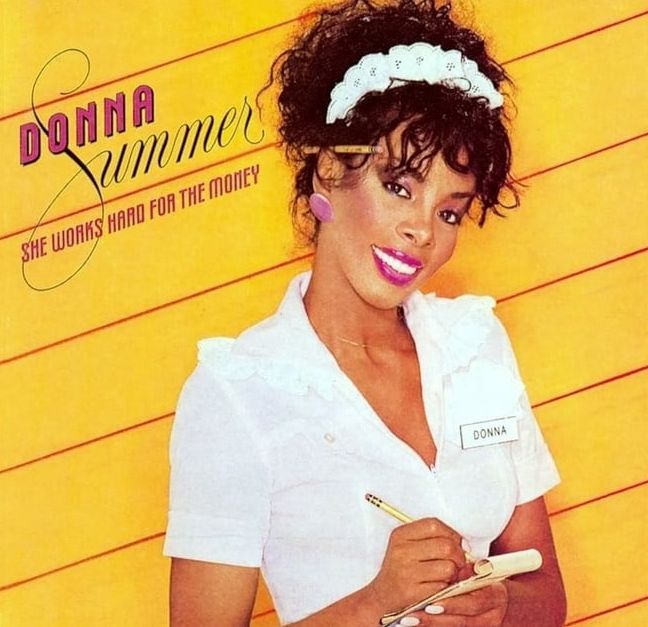 We left off last week with the Paul Anka record “Walk A Fine Line” and my band The Campaign trying to secure a recording contract. We got close but the negotiations fell apart with Morocco Records. Oh well, back to the drawing board. I was still doing sessions to pay the bills. Here are a few of the bigger ones from 1983. Dolly Parton’s album Burlap and Satin which featured the single “Potential New Boyfriend”. My tracks were recorded of the 7th, 8th and 9th of February, the album was released in June and the single was written by two songwriters that I had been doing demos for Steve Kipner and John Parker. I just remember Dolly holding court on the breaks. We were recording at The Record Plant and they had a hang room off to the side of the control room I believe. She was an absolute riot, loved making jokes about her “girls” 🙂

Credits from WIKI:
Guitars: Hugh McCracken, Marty Walsh, Michael Severs, Pete Bordonali, Tom Rutledge.
There are no credits on the album per track but here’s the single and I can tell for sure that it is me on the rhythm guitar part. I’m not sure who’s playing the fills but I know that is not my sound. Here is a link to the song if you care to take a listen

Potential New Boyfriend made it in the top 20 of the Billboard country charts.

Next up March 9th and 10th I’m on a Johnny Mathis record called “A Special Part of Me”. Again a great group of LA studio musicians. Here is a shot of the album credits. Just another absolute Who’s Who of LA studio musicians, guitars by the amazing David Williams, myself and Larry Carlton on one of the tracks. Absolutely honored to be on this record. This was another Denny Diante production with Michel Colombier on keyboards and the string arrangements. I guess I was fast becoming one of Denny’s go to guys and this was certainly a boost to my relationship with Michel. Later that year we did his magnificent album “Old Fool Back On Earth”. I’m going into detail on that album next week.

On April 5th I did the song “She Works Hard For The Money” by Donna Summer. Good story on this one.

Now that Jay Graydon was easing out of doing sessions I had become producer Steve Barri’s #1 call. In my book I have a date of March 29th and a note of a Warner Brothers soundtrack. Researching this it must have been for the movie “Get Crazy” as Steve produced some things for that. There was a soundtrack released but I am not in the credits so maybe what I worked on didn’t make the sound track or it could have been some incidental backing music. Guitarist Ben Benay who Steve also used did multiple arrangements and played guitar on that soundtrack. Anyway, I had just purchased a pedal called the Boss “Octaver”. For you non musicians what this thing did was take your guitar and drop it down in pitch an octave, same note but 12 steps lower in pitch. Michael Omartian who was producing Donna’s record was on this session as an arranger and playing piano. While we were all in the studio I’m warming up and testing out this pedal.

At the end of the session Michael says, “Hey guys dig this track I am working on with Donna”. He throws in a cassette and there is the skeleton of “Money”. I believe it had a drum machine, some of Michael’s synths and a guide vocal. 30 seconds in you just knew it was going to be a big hit. As soon as she sang that opening chorus “She works hard for the money, so hard for it honey, she works hard for the money so you better treat her right”, everyone in the room is looking at each other like, well, “Omar” has done it again! The song was just so good. The next day I get a call from Michael’s office booking me on a date for Donna, his assistant who is making the call says, “Michael said to make sure to bring that pedal you had at the Steve Barri date.”

I get to Lion Share studio with John Guess engineering. John puts up the tape of “Money”. I guess between the 29th of March and the 5th of April Mike Baird had done the drum track. John hits the play button and I just remember Omar sitting to John’s left my right as I am in the control room with them. Omar has a blank sheet of music manuscript paper in front of him. As the track is playing Omar starts writing. The guitar line that opens the record before the vocal comes in he just came up with…..ON THE SPOT! He wrote out the entire line, handed me the manuscript paper he just had in front of him and said “Yo Marty, play this”. I have to say Michael is such a genius, I learned so much from watching him, his work process, and how he seemed to make things so musical but so easy as well.

The session was a three hour union call. Being and “overdub” session I was payed double the union rate. Here is my session log entry. Not a bad payday for three hours. Hahaha

I had my Roland JC 120 at the session and we started knocking out the part that Michael had written. We did all of the chorus sections without effects and then went back and doubled all of those parts with the Octaver. Michael had also rented a Marshall amp, most likely from Andy Brauer for the solo. In the three hour session we layered all of the rhythm parts which took 2 hrs and 40 minutes, then he says, “Marty let’s put the solo down”! 20 minutes? For a guitar solo on possibly the biggest record of my career so far? Woah!

Now you have to understand I came up in the studio scene because I took Jay Graydon’s great advice of getting your rhythm guitar skills together. I played solos on records but it always took time. I used to have engineers play me solo sections and I would sing melodies in my head, then transfer those melodies to the guitar. This always took time. I remember at times Omar saying “man, just play a solo”. To be a good solo it just didn’t work that way for me. Some guys can just blow and it’s great. Steve Lukather is a master at that. Now I am on the spot, Saxophonist Gary Herbig was coming in at the end of my three hours to play the sax solo.

See you all next week!