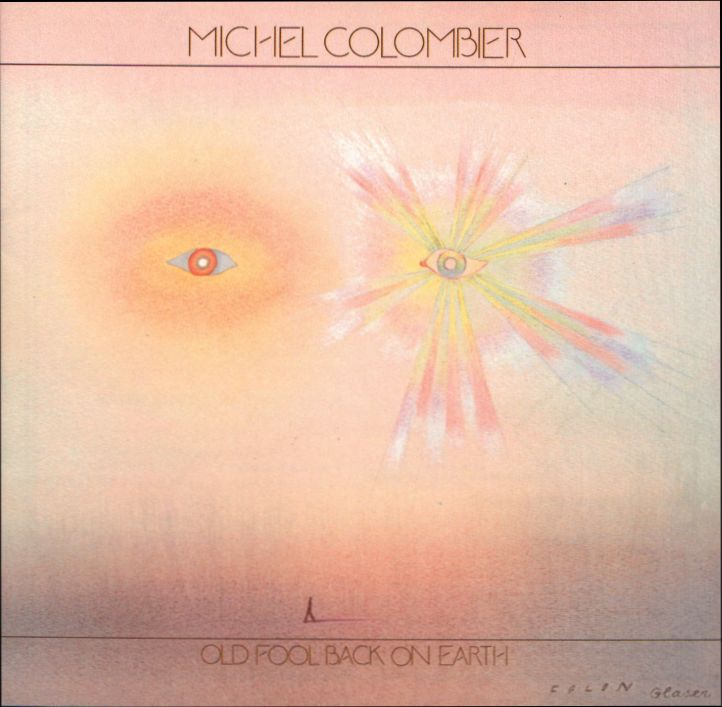 Continuing into ’83 there were more sessions for the Donna summer album “She Works Hard For The Money”. Many more obscure sessions on albums that didn’t do much, lots of TV work for 20th Century Fox for my buddy David Fisher. Years before I honed my skills playing on his song demos. David had made a great connection with 20th Century Fox doing all of their soundalikes for their TV shows. Many of the TV shows at the time had hit songs in the temporary tracks that they replaced with our versions. For you people that are not in the biz, what this meant was, if networks used the actual recordings of these popular songs, the costs could be astronomical so they would hire us to create new versions of the tunes (hence the term soundalike) and just pay us session fees.

The only other album of note in ’83 was the record called “Old Fool Back On Earth”, by Michel Colombier and produced by Michel and Denny Diante. Again for those of you who may not know who Michel Colombier is, he was a giant in the industry and thank you Michael Umphrey for introducing me to Michel, as he was such a musical hero of mine. And again thank you Denny for keeping me busy these last few years. For some reason I’m having a hard time recalling how the sessions went down but I certainly was honored that Michel would use me as the only guitarist on his record. Here is the note that Michel included with the album that he sent to me. In June of ’83 Michael McDonald hired me to play in his band for some type of charity event. I guess he liked my work on the Paul Anka sessions. I just remember it being quite a stellar band with the amazing Edgar Winter on Sax and Vocals. Other sessions that I have in my book are for some great people but I don’t recall exactly what they were for. Arranger David Campbell, Producer Jim Price, Peter Aykroyd, Dan’s brother, more Gary Wright sessions, Herb Alpert, and a slew sessions for a fellow by the name of Bob Banner who was working on the TV show Star Search. That kind of wraps up 1983. Checking my book things were slowing down somewhat towards the end of the year which is fairly typical for studio work.

1984 brought some change in my life, my son Ian was born in May and my work scene was changing. I always seemed to have a knack for making the right decisions in my career. Quitting the casuals I was doing in my early 20’s to save my sanity, quitting the road to try to build a studio career, but in the early 80’s there was a new movement afoot for LA based studio guitar players. This new movement was conceived by one Bob Bradshaw, and I was late to the party. 🙁 I spoke to Bob at length about this a few days ago. At the time all of us guitar players were using stomp box effects pedals, and Bob had designed a pedal switching system for Buzz Feiten, see Bob’s diagram of this initial system below. Bob was working for Buzz and heading out as his tech on the Olivia Newton John tour in ’82. Also on the tour was guitarist Michael Landau. Bob got to know Michael really well and apparently they came up with an idea of using “rack mount” effects in a guitar rig in stereo. These rack mount effects were made for recording studios, hi end and very expensive gear. Also they were not meant to have a guitar plugged into them and sent to an amp like stomp box pedals so Bob designed a system that did exactly that. Genius.

They worked hard on this new effects project when on tour in ’82 with Olivia. Great stories Bob told me about them working in hotel rooms on this new rig all hours of the night while on the road to boot! Now that’s dedication!
Here is a pic of the first Bradshaw system built for Michael on the Olivia tour.

By the time they had refined it and added a bunch more effects the thing was big and sounded amazing. Here is Michael with the “maxed” effects rack. Those two were the pioneers and all of us other studio guitarists followed suit. Photo by Glen La Ferman. I say I was late to the party because by 1984 Bob was building these systems for lots of the studio guitar players. They became nearly required by producers. My tech Andy Brauer called me up and said “Marty, you need to get one of these”. Andy had one and it was being rented constantly. I knew that some of my work was being funneled to cats that had these rigs so I called up Bob and gave him my down payment.

Seeing as how Michael Landau was the first guy on the scene with one of these systems, and the fact that he is just a tremendous guitarist he took off like a rocket. He just took over, getting called by producers that used to call me and a number of other guys. Between his enormous talent and armed with this new guitar technology he became what I would term as first call, just really in demand and deservedly so. Bob and Michael just set the standard that the rest of us tried to emulate.

As luck would have it, due to the fact that I had played on a bunch of Contemporary Christian records for producer Michael Omartian I was getting a lot of calls for those type of album projects. There was a really busy producer, John Rosasco that was calling and others. These gigs were keeping me afloat.

While I’m still doing sessions, my musical relationship with Supertramp drummer Bob Siebenberg which began in 1979, when we reconnected, was really revving up. Bob had built a beautiful studio at his house in Woodland Hills and we were working on some tunes and I was meeting all of the Supertramp guys because of this. Also Bob’s brother-in-law and Thin Lizzy guitarist, Scott Gorham, had come over from London and was staying with him.

Now things are getting interesting again!

Next week, my new band with Scott called “The Western Front”, some ’84 sessions including tracks for Sheena Easton, some more Jay Graydon interview about studio musicians, and my getting to know the guys in Supertramp and how things played out for working with Rick Davies.