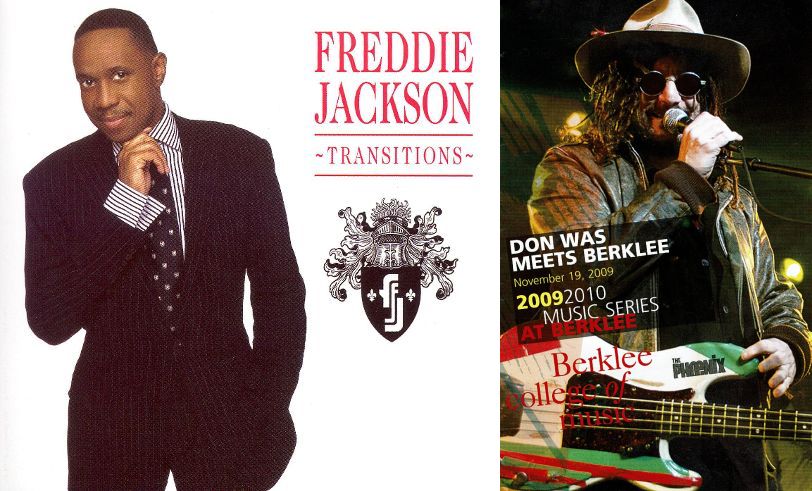 We have now pretty much finished with the LA scene although there were scattered sessions here and there that I was hired to do arrangements for. I would work on arrangements at my home studio then fly to LA with lots of pre-production files on a hard drive and do the tracking sessions. Producers Jeff Weber and Hal Sacks were two who still rang now and again. A few cool things came out of these, but no hits per se. The Berklee College of Music was the gig now.


In 2006 I played on the last #1. This came about from a local engineer I had gotten to know, Kenny Lewis, who has a studio called Mixed Emotions in Middleton MA. I met Kenny when I first moved to Massachusetts in 1996. A year or so later he had a project he was working on with a bass player/vocalist, Chris Miles. I was hired to put a solo on a really cool prog rock thing of Chris’s. We did the session at local keyboard player/producer Steve Hunt’s home studio. Great track with Chad Wackerman on drums and the session went well. As the years progressed I am getting hired to produce projects by lots of local acts and Kenny became my go to guy for tracking and mixing. One day he calls and asks me if I can put a guitar track down on Freddie Jackson record. The song was “Until The End Of Time”. The producer, Yasha, was out of New York. I had never worked for him before and I guess this was one of the last things to go on the record. I had no idea this was the real deal as it was on a small indy label, Orpheous Records. Freddie was big in the 80’s when he had a deal on Capitol Records and that was a long time ago. Kenny sent me over the track and I did the guitar work at my home studio not thinking much of it. One day Kenny calls and tells me it’s #1 on the Billboard R&B charts! Hahaha, I had no clue.
Here it is on youtube:

The years are going by, my studio is still busy, and now as with the Freddie Jackson track, internet file sharing by producers just sending tracks to players to play on in their home studios was becoming the norm. I had been doing lots of that kind of stuff along with the Berklee teaching gig when in 2009 my buddy, drummer John “JR” Robinson calls me up. John tells me he is coming to Berklee for a weeks residency. He says, “They want me to do a clinic, can we play instead?” I tell John no problem, I will put a band together for this. I had gotten to know some of the best faculty players at the college so I contacted them. Winston Maccow on bass, Matt Jenson on keyboards, Lynette Gittens, Darcel Wilson and Cleveland Jones on vocals. I also put my son Ian on second keyboards! Ian knew John from back in the LA days when he was just a young lad and I thought it would be fun to have him along for the ride. The set started off with an instrumental song called “Crawfish Salad” written by John and guitarist Michael Thompson. Here is the video from the Berklee Performance Center of JR’s intro and that song

The day after that concert, Carl Beatty, who at the time was the chief of staff to President Roger Brown saw me at a session JR was running. He told me that the legendary producer Don Was was coming to Berklee, and thought I should be the musical director for a concert event that was going to happen. Carl had been at the JR clinic and I guess he liked what he saw. 🙂 Obviously this as a great opportunity and so I took on the project. It was fairly massive, the songs we were going to play were all things that Don had produced over the years. The coolest thing was Don did not want to necessarialy pull things from the original records. He wanted to develop the arrangements with the personnel we had. Bring the students personalities to the concert. There were 11 in the band, 6 backing vocalists and 12 lead vocalists all bringing their strong suits to individual the song they sang. 12 songs 12 lead vocalists.


Most of the songs were R&B or Pop and the vocalists were real strong in those styles. There was one where I needed a real “Rock” singer. The song was from a project Don produced for Iggy Pop. I needed an “Iggy Pop” vocalist for this, hahaha. Someone suggested student Jordan Tarrant that was not a vocal major but had that loose rock vibe. Here is the video of that. I love Don’s intro to this.

That’s it for today. One more installment bringing the story up to date. Then the final installment. “The Epilogue”