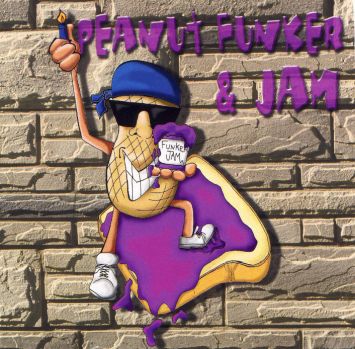 In writing this weeks blog I realized that I had left something cool out from previous installments. I have to back up and tell you about the band I started when arriving in Massachusetts, “Peanut Funker and Jam”. When we moved in 1996 I had to meet musicians so I went to a few open mic kind of events. A few were for players not really singer/songwriters. I went to one and did my thing. The next guy up was a keyboard player/singer, Craig Stevens. He blew me away. His vocal ability was just tremendous along with his excellent keyboard playing. Libby was with me and we happened to be sitting at a table near Craig’s wife, Mary. When Craig was done he sat down and Lib and I went over and introduced ourselves. He told us that he and his wife Mary had just moved to town (just like us). They knew of another place to sit in and were heading over there for Craig to play and asked us to go too. This time we got up on the stage together and the vibe was just special. Afterwards I said, “We need to start a band!”


Prior to this I had done some session work at Metropolis studio in Middleton MA. Out of that experience I had met an excellent Berklee student bass player, Eric Holden. I told Craig I had a great bass player in mind and all we needed was the right drummer. We tried a few guys and then met Joey Scrima. Joey had been in LA years before and we knew some of the same musicians. He told me he had played with my good friend guitarist, Michael Thompson. I had known Michael for over 20 eyars, his musical taste was always impeccable, so if Joey was ok with Michael he was most certainly ok with me.


We booked rehearsals at Craig’s place but really rehearsed minimally. Craig knew a million songs, I knew a few, we both sang the tunes we brought to the party and after a few rehearsals we put together enough music to book a gig. There was a club in Haverhill MA owned by a guy I had met prior, Gary Schena, called The Chit Chat Lounge. We booked a night there and the turnout was amazing. We packed the place. For years we would book a gig about once every two months and rock the Chit Chat. Too much fun. Our mantra was just to wing it for the most part. We would play cover tunes but ignore the original records and just do our thing to the songs. That was the beauty of it. We never had a set way to play the songs and had a band that could pull it off.


Around 1999 we decided to make a album. Labor of Love. We had started playing some of our own songs and that became the focus of the record.


At the very first rehearsal we had, Craig suggested doing a shuffle version of the Kinks song “Lola”. Amazing. We put this together and it pretty much closed the last set everytime we played.
Here is “Lola” by PF&J.

While putting together the live set I suggested we do a song written by my buddy Michael Smotherman that I always loved. “If You Think You’re Hurtin Me”. Here is that link. I’ve got the lead vocal and Joey and Eric smoke on this!

Shortly after we did the album Eric Holden left for Los Angeles to seek his fame and fortune and did really well for himself. I often talk to students at Berklee about the skillset that Eric had when he entered the LA scene. Not only was he a great bass player, he had another attribute that it takes to be in the biz, he is a great hang! 🙂 We grabbed Ed Spargo (great player) on bass and carried on. At the Chit Chat Lounge Gary Schena would record all of the shows. Pretty primitive stuff really but great to have those days documented. Here is a video of us at the Chit Chat doing Craig’s “version” of Werewolves of London. One note, we once did a gig in downtown Boston and there was some guy named “Raul” who would not leave us alone. That night and for every show thereafter instead of saying:

That’s it for today. Next week on joining the band Entrain! Also the beginnings of my Berklee College of Music career. See you all next week.