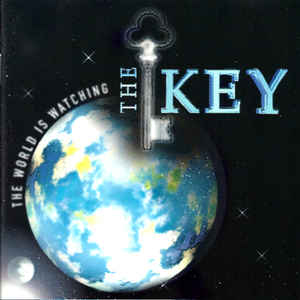 Its 1996 and we are now living in Massachusetts. Libby has a good new job, the kids, Ian and Eric are in school and things are looking cool. We buy a house and I put up my project studio. There are a few music publications that are distributed in Boston and the surrounding communities so I take out a few ads looking for production clients. I also go around to local studios and let people know I am in town and available for any session work of which there is very little, but a few things are trickling in. I’m still checking the LA voicemail and flying there for sessions when the situation is right, but there was one thing that I knew I was going to miss the most when I left LA.


A few episodes ago I brought up Michael and some of the sessions we did. Michael used to come to town from Kauai where he lives and do live gigs every 2 or 3 months. We typically played in two clubs, La Vee Lee in Studio City and St Mark’s in Venice. The band was just sensational. Joey Heredia on drums, Marco Mendoza on bass, Renato Neto on synths and Michael on keyboards. Just burning. My favorite thing I was doing in LA before I left for sure. I’ll never forget one night after a gig at St Mark’s that was just so good, I’m driving home at 1am or so after making $100 for the gig thinking “Oh no, this is terrible, I’m going to be leaving the Ruff band”. Quite a depressing drive home. 🙁 I can still see that moment in my mind to this day.


Now I am on the east coast and it so happened that Michael had booked a show on August 30th at the Bitter End in NY. He calls me up and books me on that. The next time Michael was going to be playing in LA, my travel schedule happened to coincide with his gigs so I booked them. Hey! I am still in the band!!

I told him right away to please always see if I am available and I did remain in his band for another 4 years. I just decided to make it work. It was the one gig that I would fly to LA for, even if there was nothing else happening. Sometimes I would lose money on the deal. 🙂 I would pay my cartage guy, JimmyBoy, pay for my flights if I didn’t have miles, and come to LA to do La Vee Lee and St Mark’s with the boys. The band was just that good, too good to pass up the opportunity to make music with them. What a vibe those nights had. I’ll never forget them. More on Michael next week.


Shortly after arriving in Massachusetts I get a call from my new best friend, Michael Jochum. It seems Michael is going to be producing an album for singer/songwriter/multi instrumentalist Freebo. Michael hires me to play on pretty much all of the basic tracks, along with our favorite engineer at the time Bob Biles and a host of other great “guest artists”, including guitarists, Albert Lee, Paul Barrere, Jerry Donahue, Leo Nocentelli and Walter Trout.
Here is a pic taken at the session that included Albert and Jerry. I am really honored to be in the company of these incredible players. These guys were getting the featured solos but Michael and Freebo did leave me one spot on the record to do all of the guitar work, including the solo.


Now, I have made a living really because of my rhythm guitar skills more than my solo chops, but I was quite happy to have a “solo” spot on this album. I came in, laid down the rhythm parts, then spent some time with Bob, Michael and Freebo laying down the solo and fills which were extensive. Here is that song called “Looking Glass”. I have always been proud of this one.

Another quite amazing thing happened shortly after moving. I’m at my house in Massachusetts checking email. I get an email from one Jörgen Johansson. Jörgen lives in Sweden and is a huge Billy Sherwood fan. He has the album “World Trade II” and sees my name as a co-writer of the title track Euphoria. Somehow he finds me on the internet and inquires if I am the Marty Walsh that wrote that song with Billy. I write him back and tell him I am indeed. He then replies asking me what else I have done with Billy. I tell him that we have an entire album in the can that isn’t being shopped at the moment. He wants to hear it so I send him a cassette of the mixes. He checks it out and tells me he may have someone that might want to release this. There was a German label called MTM Records and Magnus Söderkvist was heading up that label. Jorgen wants to know if it’s ok to send Magnus the cassette, which of course I say, “please do!”.


Magnus digs the cassette so we negotiate a deal, Billy does a mastering job on the album and I am in charge of getting all of the graphics together. Billy sends me the master on DAT tape, I package up all of the graphic materials and the DAT and ship the project to Germany. Magnus wires the $$ into our US bank accounts and we are in biz. The album is called “The Key”. Billy had already copy written that name for another project that never was released so we just used that name for our album.


The kicker here is that Magnus and I actually never spoke to each other live. All communication was done over email and “snail” mail. When the CD’s have been manufactured and the release date was set I get a call at home. It’s Magnus. He says “I guess now that this project is complete I thought maybe we should actually talk to each other!” Hahahaha. This is another project that artistically I am really happy with. It came out, made a bit of noise in the Indy world but it was great to actually have all of the hours of work Billy and I put into that project to actually see the light of day so a big thanks to Jörgen Johansson and Magnus Söderkvist!
Here are a few of my favorite songs from the album “The Key”.


The World Is Watching.

Turns out to be a bit prophetic.

The world is indeed watching now, with social media and a video camera in everybody’s pocket.

Next week, we’re back on the charts with Leann Rimes. Also one of my favorite projects, the album “Too Human”.