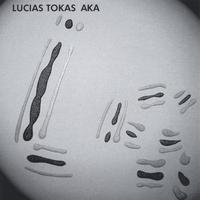 So, to finish the “Lucias Tokas” album. Libby and I were hard at work writing these songs, and one day Roby Duke who was producing the album for his new label Iridian Records calls me up. He says “Marty, I have some bad news, my investor has backed out. There is no money for this label but if you want to keep working on this I will finish it with you”. I had been seriously researching this “.com” thing, and found that there were some small companies that were popping up to sell music online. Remember it’s 1994-1995 and the web was just beginning. The first one I found was Kaleidospace. Around this time I went to a NARAS event where Kaleidospace was going be demonstrated. I had gotten to know the founders Jeannie Novak and Pete Markiewicz a bit. The event was held in the Studio City CA at the Sportsmans Lodge. The last time I was in that function room I was playing a wedding many moons ago…..


I was seated with a bunch of record execs, VP’s and such. Apprently big music biz mucky mucks. Jeannie and Pete do the presentation which was really quite primitive but to me the handwriting was on the wall. At the table after the presentation there was a bit of a discussion amongst these execs, not one of them got it. It was so obvious that the future of music was going to be online. I went home, registered martywalsh.com, bought an HTML “how to” book and wrote my first site. I figured as many others did, who needs a label!?? I’ll just put Lucias Tokas AKA out myself. Roby and I finished the main thrust of the record and Roby told me he wanted no ownership, gave me the tapes and wished me luck.


For this album, to make the best use of our time I actually recorded full blown demos. I brought the demos to Roby’s place and re-played all of the parts. This was at the end of analog world, before Pro Tools was in everybody’s studio. I made the demos on my AKAI 1214 tape machine and we were recording at Roby’s on 2 inch tape so there was no file transferring available. Roby re-created drum parts I had made in their basic form, I played the bass and guitar parts and did all of the vocals. Over a period of months whenever I could get up to Bothell Washington where Roby’s studio was we would do a song a day, 10 days 10 songs. When it was done I took the tapes back to LA and had to record percussion and “real” drums. The parts were all so specific that I needed the exact drum parts I created to be played live. There was a simplicity to all of the parts and they all fed off eachother so to speak. The drum “parts” were crucial to make it all work.


Now, I have never, ever written out drum parts for a session. I had done easily over a thousand sessions for records/demos and never have I seen anybody do that. This was different. I needed the specific parts so I needed someone that was a great reader and fast. My buddy Billy Sherwood, on a favor loaned me his studio for an evening, my good friend Bob Biles agreed to engineer this for free, but who can I get to play these parts?


Michael is a great drummer, but I had never worked with him as he did mainly TV/Movie dates and I didn’t. We had the same cartage company owned by Jim Williamson and Jim used to rave about Michael. I knew Michael would be the right call but I had no budget and since I didn’t know him I didn’t feel I could ask him to do me a favor.


I asked Michael to recall that time and here is what he said.


“It would’ve been in and around 1994 when I received a call from my dear friend and drum tech Jimmy Williamson. Jimmy is a fine drummer, ex-music store owner in the sunny town of Sunland, Ca., and my drum tech (since in and around 1985). Suffice to say that when “Jimmyboy” calls I answer. “Hey Michael, this is “Jimmyboy,” do you know the guitar player Marty Walsh?” At this point in the story I must say that I had heard of Marty, but for some unknown reason we seemed to have run in different musical circles, and had never had the opportunity to work together. Jimmy explained to me that Marty had a solo project going and was wondering if I’d be interested in taking part…
“I would love to play on Marty’s project.” I was a fairly busy studio guy during this particular time, shuffling between the “Tracy Ullman show,” various recording sessions, and live gigs, But there was some innate feeling, and I always recognize these feelings of the heart that instructed me to carve out the time for this particular project. I took a look at my “date book” and figured out an evening that would work. I showed up to the session early one evening, and Jimmy had already set up my gear. Marty came in and welcomed me warmly, introduced me to his engineer Mr. Bob Biles, and thanked me for being involved in his “pet project” that he titled “Lucias Tokas AKA.”


I asked about the nature of title of the record , and Marty explained that the concept came out of a dream that he had about his father’s best friend Ray and his particular, and rather unusual moniker. Marty wrote the music, while his wonderful wife Libby came up with lyrics for this very esoteric, and conceptual project. We wanted to get the record done in an evening. In other words all of the drum tracks finished in a timely manner. I believe that there were seven tracks that I played on, and Marty actually had charts written out for each of the drum parts. I remember asking Marty at one point, and knowing I could be honest with him as we had already established a fantastic working relationship saying, “do you really want me to play these drum parts exactly as written? some of them seem a little bit awkward to play.” Through the talkback Marty answered back, “yes I do, just trust me. If there something that you feel absolutely doesn’t work let me know and we will fine-tune it.” Well, I’m a person of absolute faith when I am working with someone who I feel I can trust. Marty is that kind of player and producer. I played the drum parts as he wrote them, supplementing sometimes, but for the most part when you listen to the record it’s pretty much what Marty wrote.


I did finish the record in one evening, and Marty and I became, and have been close friends ever since. The “Lucias Tokas AKA” Record is one of my all-time favorite musical projects, and to this day while listening to the record as I write this remembrance it also stands the test of time as should any creative flow that has depth and weight”.


To finish, at Gary Wright’s home studio I recorded Jimmy Williamson on percussion, Bob Biles mixed the album, Joe Bellamy mastered it and I was working on the cover, graphics etc. During this time my son Eric was in pre-school and one day they had a “back to school night” for the parents. Libby and I showed up and did various art projects. One in particular I liked. We were given a sheet of colored cardboard and some squeegy bottles with this kind of grainy goo inside of them. I grabbed a piece of cardboard, and drew some lines. Then with another color I outlined those lines and with a third color did that once again. There was no rhyme or reason to what I did but I remember showing it to people saying “Isn’t this cool?” Here is a pic of what I drew. The carboard had been cut from large sheets and it was apparent what side was the original flat uncut side. I took this home and posted it on a bulletin board I had in my studio, not the way that I drew it mind you, I wanted the flat uncut side at the bottom of the bulletin board. Here is a pic of the drawing rotated. One night Libby and I are in the studio working and I happen to glance at the drawing, look up and say, “Libby! Look! It’s Lucias! In the picture above the long lines on the left are his right arm raised, to the right of that there is his hair, eyes and mouth, and there are three tears coming out of his left eye. Can you see it?


Here is the last song on the album called “The Awakening”.

If you would be interested in the album it can be found here:
https://store.cdbaby.com/cd/luciastokas


Since this episode is all about the Lucias Tokas record I would be remiss if I did not include the list of credits.
Produced by Roby Duke and Marty Walsh
Engineered by Roby Duke, Robert Biles, Hal Sacks and Gary Wright
Mastered by Joe Bellamy
Graphic Design by Tony McShear and Peter Grenader
Photograpy by Ivan Dudynski and David Snow
Recorded at The Red Door, The Office, Peace In The Valley, High Wave Studios
Mixed at Entourage Studios
All songs published by MartoMusic ASCAP


Even though the album didn’t sell much, Libby and I wrote the album together and I have always been very proud of our accomplishment. One of many things we have shared all of these years together.


Next week my work with the music library Transition Music, my cameo work on Billy Sherwood’s second “World Trade” album, “Euphoria” and preparing for the major life event of the move out of LA.