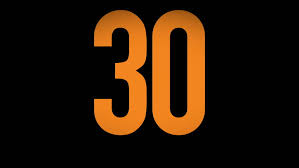 The Life and Times Part 30! A milestone has been reached. 🙂


For those of you that have subscribed, thank you for the interest in my blog. It is much appreciated.


Mid-1994. Besides Roundhouse I am still writing with Billy Sherwood and playing with Michael Ruff. Two really great musical adventures. In the midst of that, I’m still doing sessions but another event took place that is near and dear to my heart. In early August I had a dream about my late father. In the dream my father was hanging out with one of the guys he regularly gigged with, an accordion player named Ray Klein. In the dream Ray spoke to me and told me that my father had in the past used an AKA of “Lucias Tokas”. I immediately woke up and wrote the name down on a piece of paper next to my bed and went back to sleep. A few days later my good friend and producer Roby Duke called me and booked me on a session and asked me if I would like to make an album for his new record company, Iridian Records.


I first met Roby in 1980 when I was hired to play on his Contemporary Christian album “Not The Same”. We had done many projects together since, and he thought maybe it was time for me to finally make “my” record. I thought it sounded like a great idea. The CD landscape possibilities had changed by now and it was possible to manufacture and sell CD’s on your own. This was 1994 and there was this buzz about the first web browser called Mosaic. AOL was up an running at the time but it was apparent that the world was about to change in a big way. At the time Roby was living in Bothell Washington, producing out of his home studio. He was also working at a church, playing and coordinating events. I flew up and we did the session he booked me on and we discussed this new Lucias Tokas album. One evening he had a gig at the church so I attended the service. The pastor was Doug Murren who was a bit of a musician himself. Through Doug, Roby had met a church member with deep pockets that suggested they start a record company. Hence Roby’s new label, Iridian Records.


I was always writing and had previously come up with a song called “Like A Rock”. I made a demo of it and I brought that with me up to Roby’s place. I also had the workings of a song called “Sanctuary” which we worked on as well. Roby thought it those was a good direction for the overall project so I headed home and just started hammering out songs for this album. Lyrics have never been my strong suit and I am struggling a bit with that aspect. I bring this up because as I was working on the Lucias record I needed to tie in a thread of a story throughout. It was a bit of a concept record and lyrics were crucial. 80’s rock was a thing of the past. Roby and I wanted to make a record that sounded current so simple rhythm tracks with interesting storylines were in, guitar solos were not.


It turns out that my wife Libby had always dabbled in songwriting, we had written a few things together in the past, but at the moment she was on a bit of a roll writing. She had written a song called “Dreams Are Dying” which I really liked. That was not really right for the Lucias record but I gave her some ideas I had. She was able to tie together some of the lyrics I had come up with, finishing those, and once the scene was set she really took to writing for the album conceptually. One of the songs on the album, “Falling Down” came together totally unexpected. I had a music bed demo and a lyric. I had played it for Libby and I assume she had the music track. I came home from a gig late at night, probably a live show with Michael Ruff. It’s 2am, I walked into the kitchen, and on the countertop was a sheet of paper with a lyric Libby had written. As I read it I thought “Wow, this is Falling Down!” I went out to my studio, chucked the verse vocal with my lyric and sang hers. It was perfect. Here is a pic of Libby’s writing that I found at 2am. I had written a version of this but her lyric was so much better.
Here is the youtube link.

Well its after 4pm on Monday June 26th 2017. I usually have these installments posted by 1pm and I really want to get this out so I am cutting it short here. Next week, finishing Lucias Tokas, my work with Transition music, and my cameo work on Billy Sherwood’s second “World Trade” album, “Euphoria”.