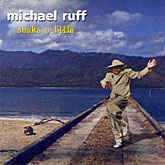 It’s mid 1994 and at this point though, I am really considering what the next step would be. In this biz you must always be looking to the future. You never know when whatever gig you are on may be ending. It could be a producer you work for that gets cold, a TV/Movie account that provides work that moves on to other guys. I did know that after season 4 of Roundhouse that run was over. Once again to quote my buddy Jay Graydon regarding the lifespan of a studio musician’s career, “We’re like baseball players, the career is short and when they are done with you they are D O N E with you” With that in mind I looked around and lots of studio musicians I knew were now taking road gigs which is something I really did not want to do. Paramount was the family Libby and I had started, and I wanted to be home with them. It was year 16 since I had played on my first hit and 16 years is long time for a studio career. Not only that, the LA musical landscape was changing dramatically. I was very lucky to still be working.

Some other musicians that were not getting calls for road gigs were doing club dates or the dreaded “casuals” which I left back in the late 70’s and the prospect of returning to that was just not going to happen. There had to be a better way and there was. More on that in a later episode.


While I was not getting calls to play on big records anymore and not on the charts, (although I would be again in a big way in a few years), I was making some of the best “music” of my life.


I need to backtrack slightly from last week’s look into 1994. One day in February of 1993 my friend and on again / off again songwriting partner, Billy Sherwood, called me up. He asked me if I would like to get together and write again. We had written some things in the late 80’s, then kind of lost touch and Billy was looking to put something new together. He had a manager who asked him to put together some new tracks to shop for an album deal. A page from my datebook Feb ’93, the first time we got together to work on music again since the late 80’s The everlasting pursuit of the elusive “record deal” Hahaha! Billy had built a studio in Van Nuys on Stagg St. This was the beginning of what would be an eventual album release. Horray! (Note at the bottom it says “Indian Guides 7:00”, that was my son Ian’s Indian Guides meeting I was going to!) From Feb of ’93 through probably sometime in 1995, Billy and I would get together and write and record at his place. That music was eventually released on MTM records in 1997 and that story was pretty amazing. Again, the full story in a future installment.


It’s 1994 and the “day” gig was Roundhouse, doing rehearsals and shooting the episodes on Fridays. The evenings were spent at Billy’s writing. One day while at a Roundhouse rehearsal one of my all time heros came to the set. Saxophonist Tom Scott. I had first heard Tom so many years before. The first time was at a Jazz concert at the Pilgrimage Theatre in LA. I must have been 18 or 19. The band was Roger Kellaway on Piano, Tom on Sax, Chuck Damonico on Bass, John Guerin on Drums and Mike Deasy on guitar. I was just blown away by all of them. I did have the opportunity to play with John Guerin at a Don Costa session in the 80’s, and Tom had somehow heard about the Roundhouse band. He apparently was there to check us out. The next thing I know he is hiring the band to play on a film he was scoring. Well, there is a bucket list moment for me. Check off “play with Tom Scott!” My ’94 session logbook entry. 
Now getting back to the Billy Sherwood hang, while we were busy writing, Billy was involved in a host of other things. He was doing lots of “tribute” albums for Cleopatra records, and recording various clients in his studio. In his downtime we would write. Billy also had a musical relationship with Graham Russell of the band Air Supply. One day Graham drops by the studio while Billy and I are working. He listens in on some of the tracks we are working on and suggests the three of us write something.
We sit down and write this song called “Feel For Your Love” that appeared on the 1995 Air Supply release “News From Nowhere. Here is the song on youtube. Lotsa Guitar!!! I have no idea what the deal with the instrumental “bridge” was! 🙂 The organ on this track was played by the brilliant Michael Ruff who I enlisted to play on this. More on my relationship with Michael in a bit.

Quite the cast of LA studio bigs on this album.
From WIKI:


On the business side of things the release looked like a huge hit………in Asia. Air Supply was really big there, and the numbers for the album sales that I first heard were astonishing, topping out at last count 750,000 CD’s sold. I’m champing at the bit to see my forthcoming mechanicals statement. When it comes in it was serious deflation. 🙁
The word from the Air Supply camp was it sold great, but not good from the Giant records camp. Giant put it at about 50,000. I called my sub publisher Michael Eames from Pen Music Group and inquired trying to get the real low down. Michael said its tough to get a real read on the Asian territories and trying to collect from Asian territories, well, not happening. This was my third song that was released on a major label only to financially “fizzle”.


Another great musical opportunity came up in May of ’94. My good friend Kit Thomas who I was doing all of the Pioneer Karaoke tracks for asked me to meet him at a club called La Vee Lee in Studio City. Michael Ruff was playing and Kit was going to be producing Michael’s wife Nadia. He wanted us all to meet. Michael was pretty legendary in LA at the time. I remember when he moved to LA in the early 80’s, there certainly was a buzz about this guy. I don’t remember the exact year but sometime in the early 80’s he got the gig as musical director for Rickie Lee Jones. There was a “cattle call” audition that I was invited to. I’ll never forget it. I get on the stage at SIR (studio instrument rentals) in LA, Michael counts off some tune and am I ever bad with a capitol “B”. I don’t know why, just a real off day for some reason. I just remember leaving the audition thinking “Man, I hope nobody talks about that one!”


I never forgot it. Just really embarassing quite frankly. Now it turns out Kit is taking Nadia in the studio and I am on guitar, Michael is on keyboards and I don’t recall who was on bass and drums but the session went really well. Michael calls me up some weeks after that session and tells me he is putting a new band together and was wondering if I would like to be a part of it. Holy smokes! Uh, YA, of course, I say. He books some club dates at La Vee Lee. Michael has enlisted a band called Straightjacket to round out the personel. Joey Heredia on Drums, Marco Mendoza on Bass and Renato Neto on Keyboards. This is hands down the best band I ever played with. Every night was a musical adventure, these guys are burning and I am trying to hold my own.


On January 16th of 1995 we go into the studio to record an EP with Michael. The album is titled after one of the tracks called “Shake A Little”. Here is that title track.

We tracked this thing “live”, no overdubs on this except the backing vocals. Just some exceptional musicians I was fortunate to be able to play with.


A few months later Michael calls me up and says, “Marty, Bonnie Raitt recorded Shake a Little, its going to be on her new album. Your guitar parts are all over this thing!” I was blown away. Her guitarist George Marinelli is brilliant and for him to actually use some of my parts was just an honor. Here is the Bonnie Raitt version:

Next week my first solo album release “Lucias Tokas” and the MTM album “The Key” with Billy Sherwood.