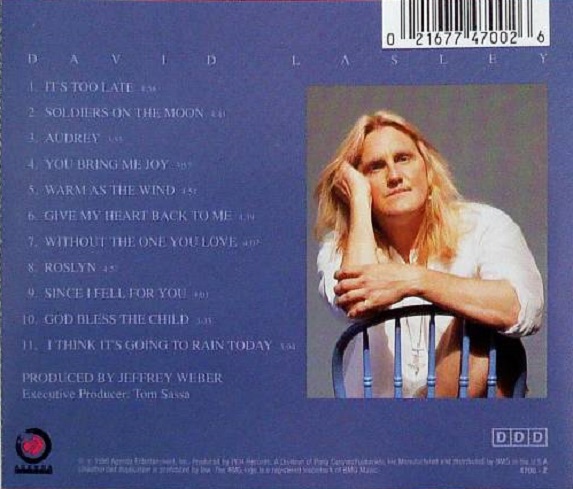 Hi all, here is installment #22

After the Benny Hester sessions with Jeff that I talked about last week I just kept booking what I could. The Supertramp and John Fogerty gigs were certainly in the rear view mirror at this point and I was really not looking to go back on the road to be honest. Staying home and doing sessions was much more appealing even though the steady check that the road provides was a pretty good thing.

There was this fairly eccentric studio owner/producer in Hollywood named Alfredo Diaz Ordaz. He was the son of the ex-president of Mexico who was in office from ’64 to ’70. Alfredo had built a studio in Hollywood called Baby-O. He was producing all kinds of things out of that place and I was on sessions there quite regularly. Lots of “A” team players came through there. I remember doing sessions there with drummer Ed Greene who was huge in the LA studio scene. I think Michael Thompson and I were kind of Alfredo’s go to guitar players as I knew Michael was also working there quite a lot. Apparently Alfredo was loaded as the dough that he was spending on us musicians was quite nice as well. Then in early March a string of double scale sessions came up. Here are pics of my datebook pages from late February early March. So on February 28th and March 1st I am at Bill Schnee’s studio in North Hollywood. The session was for music contractor, Suzanne Edgren. Suzanne was contracting lots of guys for Japanese albums. The Japanese music producers were very fond of the LA studio players skills and we all did a lot of work for them. Apparently after the March 1st session I was meeting Gene Miller. I have no idea who he is. 🙂 The Sunset Sound session on March 2nd was an overdub session that followed the two days of tracking at Bill Schnee’s place for Suzanne. Under the Sunset Sound note in the book it says “Brad Cole, Tennille, Rumbo 7:30”. Then under that on March 3rd is another session there at noon. Brad Cole was the multi instrumentalist that I was on the road with on the ’88 Supertramp tour. Tennille is Toni Tennille of “Captain and Tennille” fame. Not sure what we did. Just another day in studio world. Under that is “call CJ”. CJ Vanston was that you? I assume so.

Later that month I get a call from David Lasley who says that he wants me to play on his new album. Jeff Weber is producing and the album is going live to two track. No overdubs. The assembled team is some of the best of the best in the biz. Alan Sides at Ocean Way is engineering and mixing live. Now, David and I go way back to the A&M demo days back in the late 70’s, and I had written a song with a writer I was working with, Eddie Brown, and my writing partner from my old band(s) Dennis O’Donnell. I had cut a demo at my house and asked David to sing it. I guess because we went so far back he agreed as he was pretty in demand at the time. At this point in his career I don’t think demos were in his wheelhouse. When he called in March he asked if he could record that song, called “Give My Heart Back To Me”. I was flattered. Then he says he wants to do it as a duet with Rita Coolidge. I go from flattered to hyperventilating, hahahaha. I’ve been a huge Rita fan since the Mad Dogs and Englishmen days. Below is a pic of the three charts I wrote for the session.

The master rhythm is three staves and six pages long. Very specific. The bass lines and many of the keyboard parts were transcribed exactly from the demo. I sent this off to copyist Suzi Katayama who did all of the charts for Jeff Weber’s sessions, and on May 25th ’89 we recorded the master. Here is the demo from my home studio duped off from a cassette.

And here is the Master from David’s album “Soldiers On The Moon” and the credits listed. Again, some of the best of the best studio musicians in LA at the time. One final note about this track. Jeff Porcaro of course played brilliantly on this and I had actually written an ending in the arrangement. After the last chorus at 3:20 we hit the ending section. Its supposed to be 16 bars and end with only the piano playing the last chord. Now in the throws of the track, Jeff is listening to David singing the way he was, and just took it upon himself to bring the song back up! We are supposed to be finished at 4:00 but instead Jeff does a fill at 3:58 and takes the thing up for round 2! Genius. Amazing. I am playing this muted guitar part and freaking at how cool this is. I’m struggling to hold back, relax and not rush my guitar part! Understand that we are all just passengers on Jeff’s train. If Jeff decides to take the train on a new course we are all just happily along for the ride. Carrying on, my book for ’89 is filled with lots of obscure stuff.
What’s interesting at this point as a session player is the fact that I had played on my first hit in 1979 and the last Billboard charted hit was in 1986 with the Bacharach/Bayer-Sager song “Love Always” by El Debarge, and I was still making a living! 🙂 Up to through 1986 I had played on hits every year. Being on the Billboard Hot 100 yearly was a state of normalcy. There is a saying in the music biz, you are only as successful as your last three minutes. If you are not playing on hits per se, the career looks a bit sketchy. Ironically I would wind up playing on my biggest hits of my career quite a few years later, but more on that in a future installment.

One thing that was happening was I had made quite a few inroads over the years with various producers of all kinds of music, not just hits, that kept me plenty busy for the most part. While that was happening there still was that feeling of the need to stay on top of things and stay current. I had seen others in the biz not adapt and their careers waned. Not just players but writers, producers, arrangers. As has been stated here numerous times, most guys have a shelf life and it is usually not that long, unless you adapt. I have been doing sessions now consistently for 10 years but my eye is on the future. What will be next? Can I keep this up and just carry on doing record dates? Maybe, but very soon the musical landscape could be changing. I have not played on a hit since ’86. That’s a long time to be off the charts. I am figuring there has to be new income streams other than record dates. I was right.

Here is a list of people I was doing sessions for in ’89. Lots of sessions for smaller labels, jingles, TV shows.