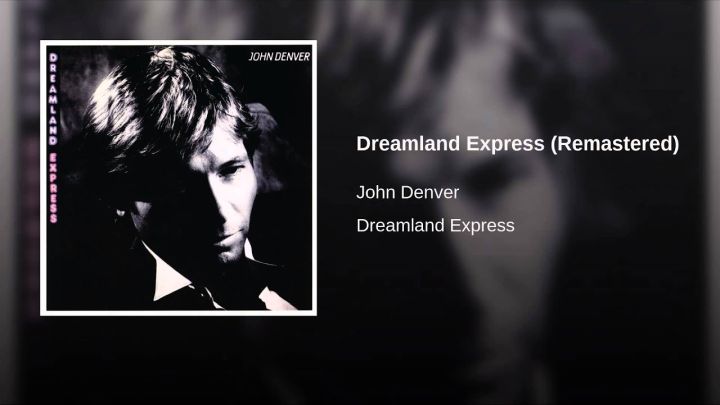 There were some other first call sessions in ’84. The album “Primitive” by Neil Diamond, again getting the call by Denny Diante.

From Wiki:
Primitive is the sixteenth studio album by Neil Diamond. It was released in 1984 on Columbia Records. The single “Turn Around”, reached number 4 on the Billboard Adult Contemporary singles chart, also reaching number 62 on the Billboard Hot 100 chart. The album was certified gold by the RIAA on October 5, 1984.

Another session with the legendary Burt Bacharach. I played on my first Bacharach hit in ’81 and am still working for him. One more shout out to producer Denny Diante for making me his first call at this time. Also on this track was my good friend John “JR” Robinson. We had worked a little bit prior but I always felt this was the beginning of our musical relationship. More on that in a future installment but John and I worked very closely together for years and are still working together. Also this might have been the first time I worked with George Massenburg. Just a remarkable engineer and a great producer in his own right. What’s incredible is that George comes to Berklee every semester and we have an opportunity to track together in my LA studio ensemble class. Always a good time. Here is the video for the song “Turn Around”

As I said in the last installment, Supertramp’s Rick Davies had called me to play with the band in the studio prior to the release of the album “Famous Last Words”. With Roger Hodgson’s departure Rick needed a guitar player to play on this album. I’m sure that Supertramp drummer Bob Siebenberg had something to do with recommending me for this. We were working closely together with Scott Gorham on the Western Front project and Scott and I both wound up working on Brother Where You Bound. Here is my session log from July of ’84. A few notes about this log, obviously there are quite a few dates with Supertramp but sandwiched in between those was a session on July 24th with Barbra Streisand. I’ve been racking my brain to try to figure out what that session was, but have come up empty. I remember the session at her studio Evergreen, and I remember Barbra being there but I cannot remember what it was for. Also on the 25th, note that I did a demo session for Ellen Schwartz for $50! Hahaha! There were a few writers that I was still willing to do demos for and the writing team of Bruno and Swartz was one of them. Great writers and great people. One other note if you look at the last entry it says TV Fund $3232.58. That was the TV/Film special payments fund check for sessions I played on in 1983. Those checks are issued once a year to people that play on TV/Film dates. What’s really amazing is if the TV show or Film that you worked on keeps airing globally you get paid again. So really busy TV/Film musicians get enormous checks for work going back many years. I have heard some crazy figures for guys that have a backlog of 20 or 30 years of this kind of work. Huge six-figure checks from the TV/Film special payments fund. There is also a check issued every year for record dates but they only go back one year. The record you played on can be aired for years but there’s no more dough in the phonograph records special payments fund. That’s something that I never really considered when I was doing sessions. I was just much more interested in playing on records than TV/Film dates. Record dates were fun and creative whereas TV/Film dates were high stress do the fact that you had to be an incredible reader. To this day I get a check every July from the TV/Film special payments fund for things like the film “9 To 5” and many other TV shows and films that I worked on that are still airing around the world.

Now, back to the Supertramp record

July was the month we did the bulk of the recording at Ocean Way with Allen Sides engineering. I played on the tracks “Cannonball” which was the first single released, “Still In Love”, “Better Days” and the epic 16 min 27 sec “Brother Where You Bound”. My favorite track from the album is “Better Days” which I did the rhythm parts and also Rick had me play some solo fills. Here is a link to the video of the song Better Days.

My old buddy Scott Page from the Valley College days and I are still working together. 🙂
For the rest of the year I am doing scattered sessions along with overdubs for “Brother”. According to my book, the last session I did for Rick was on January 7th ’85 where Rick booked me on three back-to-back sessions for overdubs at his home studio. I remember doing all of the overdubs for the single “Cannonball” at his place. Along with myself and Scott Gorham doing guitars on the epic title track, Rick brought in David Gilmour to play the guitar solo. More on that in the next installment when I get into the Supertramp ’85 – ’86 tour.

In March of ’85 I get a call from Roger Nichols booking me on sessions with John Denver. I was a bit stunned to get that call because Roger was doing records with Steely Dan and was working with the best of the best guitarists at the time. To get that call from Roger was extremely validating as a studio guitarist. We cut all of the basic tracks on the 8th through the 11th of July. The band was simply legendary. James Burton on guitar, Glen D Hardin on piano, Jerry Sheff on bass, Jerry Carrigan on drums. Along with John and James on guitar, Dean Parks was also on quite a few tracks.

John was such a charismatic man. At one point during the tracking sessions we had a bit of a break and John and I sat down to talk. Back in the 70s we had both done a thing called the EST training which I knew he was a big fan of and which had a profound effect on my life as well. We talked for about 45 minutes about EST and music and that’s when he asked me if I would be interested in going on the road with him. Now as you know, so far I had stayed away from any type of touring to remain in LA and do sessions, but with John? How could I turn that down! I remember going home and sitting down with Libby and telling her I thought I would really like to go do this. She was very supportive and came to the shows in LA, John really liked her and told her she should come on the road with us as well, 🙂 but she was too busy taking care of our son. The touring was really just a few dates at a time, according to my book we hit Houston, Atlantic City, New York, the Red Rocks venue in Colorado among others.

Here are two things that really stayed in my memory of those shows. First, the Red Rocks show was absolutely spectacular. Behind the rhythm section was a full orchestra and it was just surreal to be playing John’s music and hear that sound behind me. At one point in the show James Burton plays this guitar solo, and he is just ripping as only James can, to the point where I actually stopped playing my guitar part and just sat and watched him in awe. Amazing. The other thing is that John really cared about his band and crew members. He was extremely generous with the salary and everything was just on such a first-class level. I had worked with great people in the past but this was just another world. I remember standing up at dinner after one of the shows and just thanking him for his incredible care and generosity. Just such a wonderful human being, working with him was certainly one of the absolute highlights of my career.

The first single from this album was the title track “Dreamland Express”. Roger called me in to do an overdub session for all of the guitars on this track. They released it as a single and John asked vocalist Liz Lamers and myself to appear on solid gold with him. One of my Facebook friends Charles Vergados, found this video on YouTube. I had completly forgotten about this so thank you Charles.

Finally a bit of humor on the Denver bus. Drummer Jerry Carrigan used to do this hilarious imitation of record producer Rick Hall. Jerry would put on this gruff voice, apparently what Rick sounded like, and say things that Rick would say at sessions. I guess Rick was pretty hard on musicians. Quotes, “Son you play pretty good…..BUT NOT TODAY!” Or this one, “Son, I’ve got people out in the parkng lot play better that you”! He used to have me in stitches on the road with this bit. We had just finished a JD show in Atlantic City and I turned on my cassette recorder trying to get Jerry to do his thing.

First I tell Jerry Scheff what I’m up to so he asks Jerry C what Rick thinks of New Jersey, “No soul” then “Too many chicks……kill the groove”. I guess Rick didn’t like women in the studio. Then James Burton asks what I’m pissed about and it turns into this army enlisting thing he used to do. Jerry says “Don’t enlist period” I say why not he replies “I got work for you son”. Then he finishes with apparently the classic Rick Hall line. “I’m diggin whatcha playin just ain’t diggin the way you’re doin it”!

That’s it for today, next up hitting the road with Supertramp