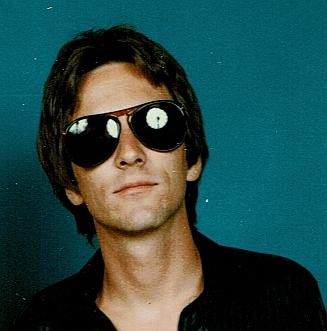 First of all I want to say Happy New Year! 🙂

Here’s the ninth installment of my blog, “The Life and Times of a Second Call Studio Musician”.

Moving into 1981 my name started appearing on multiple albums, mostly produced by Michael Omartian and Steve Barri. Because of this I was getting calls from contractors kind of out of the blue, one of those calls was for a session for country singer Barbara Mandrell. I have to assume that because I played on Dolly Parton’s hit 9 to 5 the year before, somebody thought I would be a good call for this particular session. The payday was huge so it must’ve been an all day affair but the main song that they were concerned with was a song called “I Was Country When Country Wasn’t Cool”. We actually recorded it at Bill Schnee’s studio in North Hollywood but they added audience sounds and it appeared on a live record that was released in 1981. It was the lead single from this album and topped the country charts at number one. The song was nominated for the 1981 Single of the Year by both the CMA and ACM Awards organizations. The legendary George Jones did a cameo on the song as well. Here is a link to the song on youtube.

A few other very important musical relationships in my career also began in 1981. One day I received a call from a fellow by the name of Michael Umphrey. Michael was a great singer/songwriter, had some wonderful songs and one of my all-time heroes, Michel Colombier, was producing his demos. At this point I was trying to steer away from doing demos but due to the fact that Michel was producing I jumped at the chance. Michael lived in a really cool pad in Laurel Canyon that was originally owned by Charlie Chaplin and was rented by Jimi Hendrix for a period of time apparently. There was a bar in the house that had a wall where all of these famous people had signed their names. Crazy. I remember Ringo Starr’s name being up there along with Marilyn Monroe and Clark Gable! On the session were Carlos Vega on drums, Dennis Belfield on bass. myself on guitar and Michel on keyboards. Here is one of the songs called “Bridge Of Love” that I duped off from a cassette tape.


After doing this work for Michael, Michel actually started to call me for some of his master session work. I was absolutely honored that he called me for his solo album called “Old Fool Back On Earth” which was recorded/released in 1983. Michel was also working closely as an arranger for a producer by the name of Denny Diante. Denny was signed to Columbia as a staff producer and he started to use me on his master sessions as well. This was a huge boost to the career as Denny was working with really big artists. More on Denny in a later installment of the blog.

Another relationship that was struck up in ’81 was with a fellow by the name of Reggie Fisher. I believe I met Reggie through Michael Smotherman, or it could have been the other way around, in any event we wound up recording some of Michael’s stuff at Reggie’s home studio. Reggie’s pad was located up in the hills of Studio City. A lot of great San Fernando Valley musicians used to work up there. All of the TOTO guys worked there on occasion. It was a very cool studio to work at if you are on somewhat of a limited budget. After my band, The Campaign shopped the material that we recorded at Supertramp’s demo studio and nothing much came of it, we decided to record some new things at Reggie’s place. While we were working on this new material I was home one day and my phone rings. It’s Reggie on the other end of the line. He says “Hey Marty what are you doing right now?” I say “Nothing, what’s up?”. He says “I’ve got Michael Jackson up here, he’s going to be going to England to work with McCartney and we are cutting some demos. Would you like to come over and put some bass and guitar down on these things”? I’m stunned. I grab my 62 P Bass and my 59 Fender Esquire and head over to Reggie’s to pound out some tracks for Michael Jackson! Here is a copy of my session log from March of 81. On 3/9 is the Barbara Mandrell session, 3/16 some Smotherman sessions, Gary Wright on 3/18, (more on Gary in a later installment) then on 3/20 3/23 and 3/24 I am at Univeral doing David Fisher TV dates, and finally Michael Jackson on 3/26. Now that’s a good week! Michael was so cool, just a gentle soul it seemed. I remembered having this conversation with him about nutrition of all things. It turns out we had read the same obscure book called ” A Case Against Medicine”. Written and self published by Harvey Diamond who went on later to write a bestseller called “Fit For Life”.

I’m going to wrap this episode up with one of the bigger records that I played on in my career. The song was “Arthur’s Theme” by Christopher Cross. I was called for the session by Michael Omartian who was the producer on the record date. The song was written by Christopher, Burt Bacharach, Carole Bayer Sager and Peter Allen. This was the first time that I had worked with Christopher Cross but I knew Peter from the demo days at A&M and I had done a little bit of prior work with Burt and Carol. I get to the studio and Michael tells me that I’m on acoustic guitar. When I arrived drummer Jeff Porcaro was there along with bassist David Hungate. Everyone was there except for the one and only Steve Lukather. I’ll never forget this and I’ve told the story number of times. I had never met Steve AKA “Luke” before, I’m sitting at my station tuning my acoustic when the door blows open, it’s like a tornado and Luke flies in. He’s yukking it up with Jeff and David who were his band mates in TOTO and then sits down at the piano and plays this ridiculous classical piece. He was just ripping on the piano. I was set up in a small space where I was not visible to the guys in the tracking room but the piano was directly in front of me. I sat there blown away by the fact that the guy was an incredible guitar player, certainly first call at that time, and then hearing him play the piano like that I just thought okay, I’m just going to sit over here in the corner and strum my acoustic!

From Wiki:
“Arthur’s Theme (Best That You Can Do)” is a song performed and co-written by American singer-songwriter Christopher Cross, which was the main theme for the 1981 film Arthur starring Dudley Moore and Liza Minnelli. The song won the Oscar for Best Original Song in 1981. In the US, it reached number one on the Billboard Hot 100 and on the Hot Adult Contemporary charts during October 1981, remaining at the top on the Hot 100 for three consecutive weeks.

I must say that’s some heavy hitters right there. Amazing company I am in the midst of when just a few years before I was nowhere near this league. After the song was a huge hit Michael Omartian called me and told me there was something at his Warner Bros office I needed to pick up. I went to the office and was handed this: Finally if you care to dig it here is a video tribute to the movie with Arthur’s Theme.

Thanks for reading! Next week, Tom Dowd and Andy Johns with Eddie Money, Jay Graydon with Dionne Warwick, and my first single as a writer on Gary Wright’s “Heartbeat”.