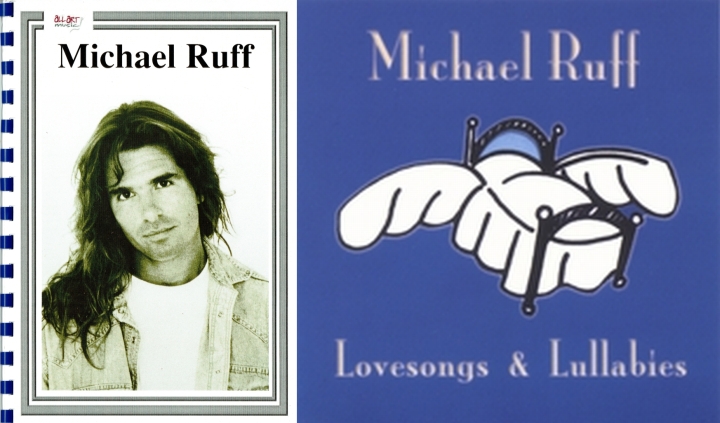 Well folks, we are winding this thing up over the next few weeks.


Moving out of LA was a bit of a risk but I saw the whole online thing coming of age very early. As I may have mentioned before, I had a website up before Bank of America had one. 🙂 Fortunately for me as I was just getting things settled in our new town, Greg Hunt from Rosewood Studios in Tyler TX was now calling me quite regularly. After the LeAnn Rimes album “Sittin On Top Of The World” came out, went double platinum and had hits, many unsigned acts saw Greg’s info on the liner notes of that album and started hiring his team to produce records for them. (Liner notes were sometimes a big help to careers, sadly they are missing nowadays) On top of that, Mike Curb loved what was coming out of Rosewood so he gave those guys more projects. The big LeAnn hit from that album was “Commitment”. I brought that up last week and there were more to come, but in the interest of keeping the timeline proper I am going to the Michael Ruff band in the 90’s. More on Rosewood/Curb relationship next week.


As I said with Michael’s gig, I literally would fly to LA just to play with those guys at La Vee Lee and St Mark’s. Thanks to my trips to Tyler I had a lot of miles logged and the $$ for the club dates all went to my cartage guy Jimmy Williamson. I could almost break even. Hahaha. Those two LA clubs that we played were always packed for Michael Ruff shows. He had a lot of fans in the biz so you never knew who was going to show up and sit in. One night in particular the music was just great and Michael’s wife Gracie had taped it. I asked for a copy and here is an edited bit of that night at La Vee Lee.


The first bit is my solo at the end of the song “Shake A Little”, then we go into the song “Lovers Mask” with Carl Anderson and Maxayn Lewis on vocals. A few notes about the video. With Michael’s gig you never knew what was coming, he would just go into tunes and you hoped you knew them. At the end of my solo Michael starts vamping on some chords to think about where he wants to go. He knows Carl, who recorded Lovers Mask, is in the audience so he goes into it. We had not played that song in forever but I had knew I had written a chart on it. Michael is playing the guitar part on keyboard along with the rest of the band while I sift through my charts. I find it and start playing as Carl comes up to sing the song. Around the 3:45 minute mark we hit the chorus which the bass player Marco does not know. He kind of gets through it, very musicially I might add, and Michael tries to signal some chords to him so at the end of the chorus I reach over and hand him my chart!
This band was just too much fun as you will see. The audience every night as just always so into it.

Over the years that I played with that band there would be these times at the gig where Michael and the trio of Joey Heredia, Marco Mendoza and Renato Neto also known as “Straightjacket” which was their funk/fusion/jazz group, would be huddled at the club discussing the upcoming “tour” to the Scandinavian countries Michael was very popular in. They usually went there twice a year. I would say “Man, when do I get to go!!??” Hahahaha. Apparently the budget was such that there was no dough for a guitar player and to be honest they really didn’t need one. They did a live album over there one year that is just ridiculous. It’s called “Feels Good”, Michael and the trio, just incredible.


Then one day Michael calls me to tell me he is doing a new album of more of his balled type of songs. He wants it to feature acoustic guitar which is different than what he has done in the past. I’m so down with that. He books Entourage studio in North Hollywood which is the room in which I got my session career started in many years ago. I fly in to do the sessions and some live gigs with him. The album comes out and he plans a tour and will have this new album for sale. This time I get the call to go on the road with the boys! Such a great time. Playing his music over a span of three or so weeks was musical nirvana. The album “Lovesongs and Lullabies” is one of my favorites for sure.


Here is the review on allmusic.com
Although not a household name in the United States, Michael Ruff has quietly carved out an impressive career so far as not only a solo artist, but as a session musician, arranger, and especially as a songwriter. His songs have been recorded by Bonnie Raitt, Kenny Loggins, David Sanborn, Huey Lewis, Chaka Kahn, Roberta Flack, and numerous others. Many of his songs have been used in countless television shows and films. In between all of this activity, he has also recorded and released six fine solo albums, and the latest, Love Songs And Lullabies is easily the most impressive. Framed by light funk grooves and soulful arrangements, the nine original songs here (and one cover, Randy Newman’s “Marie”) create a beautiful, easy feeling. The sense of calm and peacefulness surround virtually all of the tracks here. While the music has a sweet, flowing swing, it’s really the songs that are the stars here, especially mildly hypnotic “Leave The Light On.” It easy to see why this artist is a successful songwriter. His vocal ability is equally impressive, as his work on Newman’s daunting “Marie” will illustrate. Lyrical, soothing and justifiably spiritual, this record succeeds on all levels.


Here are a few tracks that featured acoustic guitar from that album.


“Wonderful Life” written as a rememberance of Nicolette Larson who had passed away shortly before we recorded this.

“Listen To The Moonlight” the intro and outro are played by Lakke Patey, I have the rhythm, fills and solo.

“More Than You’ll Ever Know”. This one was an total honor as Michael always played this one at the gigs by himself, piano/vocal. The fact that he called me to be the guitar player on this song, well I was just blown away that of all of the great guitar players over the years that he had worked with I was the one that got the call.

Finally, “Wasting The Rain”. This track opened the album, Michael’s innate sense of harmonic movement is on full display here.

Finally some pics from that ’99 Scandanavian tour. For the tour Michael brought myself and Maxayn and hired rhythm section guys from over there that he had worked extensivley with before. Great players, Per Lindval on drums and Lars Danielson on bass.


Fasching the first club we hit in Stockholm

Some of the band backstage with biz guys. More of the band backstage Per and Lars from the stage Maxayn grabbed my camera and took this one from the stage. Finally, the pics I have of Michael and Maxayn from the stage didn’t scan well so here is a pic of them with two of our good friends, Jörgen Johansson and Mikael Engström. Next week more LeAnn Rimes sessions and the hits by Curb artist Steve Holy. Also my foray into writing film cues. Specifically the 200th Century/Fox “straight to video” film called “Sunset Strip” which came out in 2000.