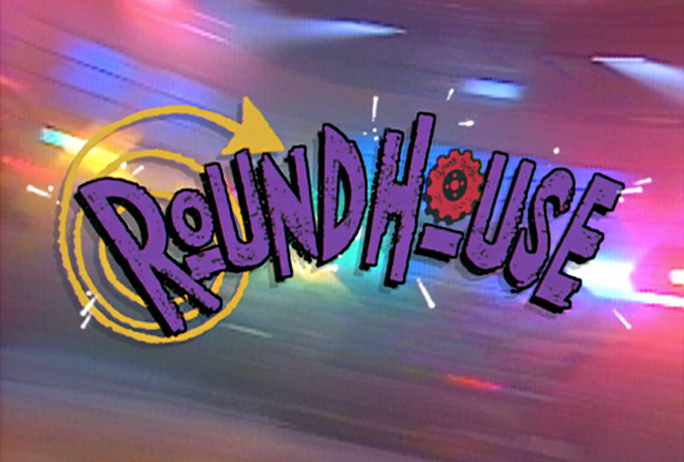 So on Thursday June 25th and 26th of 1991 I did a live recording for Maranatha Records with Tom Brooks producing. I had been working for Tom for awhile and this particular gig was in Dallas TX. Abe Laborial was always on these gigs, but was busy on these dates so Tom booked John Peña on bass. The next week was the beginning of shooting the first episode of the TV show “Roundhouse”. A bit of history:


As stated last week Roundhouse was the creation of a trio of producers. Head writer Buddy Sheffield, Rita Sheffield-Hester was the co-creator and over all director, and handling the music part of things was Benny Hester. These three had been working tirelessly on trying to get this thing off the ground and it finally was happening.
Left to Right, Benny, Rita and Buddy Now, Benny had asked me to be in the band for the show, which was great. 13 weeks of steady income, but there was only one issue. After shooting a pilot for the show at the end of ’91 in Orlando FL at the Nickelodeon studios, the intent was if Nick picks it up, we shoot the show in Los Angeles as that’s where we all lived. Benny calls me with the good news that the show is a “go” but Nick is insisting it being shot in Orlando. Uh oh. Libby and I had an 8 year old and a 1 year old, there was no way I was going to Orlando for 13 weeks. There was a way to do this though, air travel and lots of it. It was crazy, Jack Kelly and I both had session work in LA still, and did not want to give that up so here was the plan.


We fly out on red eye flights Tuesday evenings and arrive in Orlando in the morning and after a quick nap head to the studio. We spend Wednesday writing music cues, camera block the show on Thursday and Friday which was our rehearsal time, shoot the show in front of a live audience on Saturday and fly back to LA on Sunday mornings. It was madness but it could work so we buy in. We would shoot three shows like this then have a week off and do the next three, another week off etc.


The band was to be James Raymond on keyboards, musical director and main composer, Jack Kelly on drums, myself on guitar and the bass spot was a bit up in the air. Being on a live TV show in the band, on camera, has many components to it. Benny and I were talking about it and I said, “Benny if you need the right guy, I have him. His name is John Peña. I just did a gig with him for the first time last week and this guy is great!”. Benny calls John up and John shows up on Wednesday evening and we make it through the first week.


We started this thing but it was not without issues. Florida is a right to work state. As musicians on a TV show we all thought this would be put through the musicians union. It’s not, as it’s being shot in Florida which is a huge deal. If TV shows go into syndication the participants continue to share in the revenue so you can see the problem here. The upside was the band was writing 25 to 30 music “cues” every week so the royalties on this through ASCAP or BMI could make up for the lack of revenue through the union contract. Problem solved? We would find out after the fact but the truth is we were all there, Benny was a dear friend and if we walked it would have been disastrous. The union idea was just not going to happen so as a band we all conferred and went with the status quo. WHEW!


The travel thing was pretty crazy, drummer Jack Kelly and I would ride together to the airports back and forth. Jack is a great drummer and a bit quirky. There was an old movie called “The In Laws” starring Peter Falk who played Vince and Alan Arkin played Sheldon. Their personalities were polar opposites and I started calling Jack “Vince” as he reminded me of that character. Jack disagreed with me and said I was Vince and he was Sheldon! We settled on calling each other “Schvince”, 🙂 to this day we still do!


One hysterical moment. One day the band is looking for Jack, we were all getting ready head to the Nick set for an impromptu rehearsal. The rehearsal was called at the spur of the moment and three of us were in our apartments but Jack wasn’t. He always shopped at a local health food store, so I ring up the store, get someone on the line and say “Is there a guy in the store, kind of tall, long black hair?” The person on the other end says “Yes, he’s right here”, hands Jack the phone and says “Its for you!!” Hahahaha


I was known on the set as “grandpa”, as I was the oldest in the band/cast, by a lot! For some reason I guess with all of that travel and the pressure of doing the show I did not take a lot of pics. I did bring my video camera to the set though and shot some footage. For those interested, here is an inside look at those days in the summer of ’92 shooting Roundhouse.
Inside the Nick offices

David Sidoni in the prop shop

The crazy cast begind the scenes.


We all had a great time but when the first season was finished I think we all had committed to not going back to Orlando. I know that I could not do that travel schedule again as it was really taxing. Fortunately for all of us Nickelodeon picked up the second season and allowed the show to be shot in Studio City CA at the CBS studios lot.


Next week we continue with the show and I get to add “composer” to my list of credits.