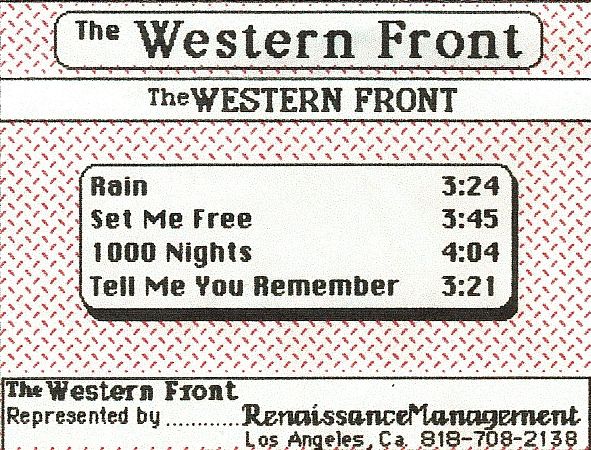 The year 1984 started out fairly slow for my session work. In my book I have a note that I did a Sheena Easton record with Greg Mathieson producing on February 21st. I didn’t recall what song it was so I contacted Greg and he couldn’t remember either but going back and listening to what songs Greg produced in ’84 I could tell it’s her single “Back In The City”. All guitar players have a “sound” and as much as we might try to imitate others it’s next to impossible. The guitars on that single are my sound.

Amazing that I played guitar on her duet with Kenny Rogers “We’ve Got Tonight”, David Foster producing, “Back In The City” with Greg Mathieson producing and in 1992 for the film Ferngully “A Dream Worth Keeping” again with David Foster producing, and I have never met Sheena! That’s the life of a studio musician. You take the gig, you do your bits, you hope that you did ok, and you hope you get called back!

Here is a short clip of my mentor Jay Graydon talking about his most famous solo on the song “Peg” by Steely Dan talking just that.

Also in ’84 I was in the throws of recording my new band “The Western Front”. I had posted in a prior installment of the blog about getting reaquainted with Bob Siebenberg of the band Supertramp and Scott Gorham of Thin Lizzy. Both of these guys grew up in my hometown of Glendale CA. We had played a few times in high school. Straight out of high school they both moved to London and wound up in these very successful bands. In 1979 I ran into both of them at a club in Toluca Lake called Jason’s. They were coming back from a mixing session of the Supertramp album “Breakfast In America”. The album was released and sales were through the roof. Supertramp went on tour and after the tour Bob bought a beautiful home in Woodland Hills and outfitted it with a complete recording studio.

Bob and I had been working on some songs together in ’81’82 and I had also gotten to know Supertramp’s Rick Davies. In 1982 they released the album “Famous Last Words”. While they were recording that album Rick asked me if I would come to Bill Schnee’s studio in North Hollywood and play with the band. I think he just wanted to feel things out in case he might want me to play on some of his songs on that album. We got together, played some blues, and I assume some other groove oriented things, never did play any of the songs they were working on for the album, but I guess it laid the groundwork for my eventually working on their next album “Brother Where You Bound”. Once they finished the Famous Last Words tour Roger Hodgson decided to leave the band and I was hired to play on “Brother”.

Around this time Thin Lizzy was going through some tough times and Scott was in LA staying with Bob. Since my band The Campaign missed out on the record contract with Morocco records I thought it was time to find a lead singer and put a new band together. I had just started this project with vocalist Moon Calhoun right at the time when I was writing and recording a few things with Scott at Bob’s studio. I thought why not merge this new band with the stuff I was working on with Scott. I invited him down to play with this new lineup and he fit in like a glove. I believe it was around ’83 when we started working on this new material and in ’84 we were just about done and ready to shop for a record deal. Here is Scott and Bob around that time.

We had an album essentially done and found manager Elliot Abbott to shop the deal for us. He listened to all of the songs and chose these four to shop. Here is a photo of the cassette insert Elliot shopped. More on how that turned out it a bit. 🙁

Last week I noted that my son Ian was born in May. After he was born Libby who had a great job at CBS Television took 6 months off to care for our son. Someone in the art dept at CBS made this hilarious caricature of her and all of her CBS friends there signed it.

Libby went back to work and after 5 months of being away from Ian during the day she said, “Marty, I really want to stay home with Ian, I want to leave CBS”. Admirable. So she took this new job! Fortunately for us the session work was still going well and we were able to make it on one salary. Between David Fisher’s Universal and 20th Century Fox TV dates, the Contemporary Christian albums and sessions for Supertramp, ’84 turned out ok.

Now, to wrap up this week, the story of demise of The Western Front.

Scott and I along with songwriter Dennis O’Donnell, keyboardist Derek Bergmann, Moon Calhoun on vocals and either Darrell Verdusco or Bob Siebenberg on drums had recorded lots of stuff and Elliot Abbott went shopping with the above mentioned four tracks. Elliot had also been working on a deal for Phil Collins. It seems Phil was in the position to shop a deal for a portion of his publishing. Elliot took the Phil Collins sub-publishing idea to Atlantic records. Apparently they were very excited. Elliot had us as a part of the package. They get Phil but they also take our band. Sometime in late ’84 or early ’85 my phone rings and Elliot is on the other end of the line. He says, “Marty, you guys are signing with Atlantic records”. I remember this like this was yesterday, I say “Elliot, man, I’ve heard this before, is this thing for sure?” His answer verbatim, “I’m sitting here in the presidents office, we have the deal, what do you want me to do send you a dozen roses?”

As I said before, twice I had deals apparently on the table and they both fell through. Scott went back to London and started a band called 21 Guns who’s album came out in ’92 on RCA, Moon got together with my good friend Michael Thompson they started a band and signed with Geffen. “The Michael Thompson Band” album was released in ’89 and they actually cut a real good version of the song “1000 Nights” written by myself, Moon and Dennis.

I’m not sure how this happened but somehow the people at AOR Heaven got their hands on the Western Front tracks and put up the song “Rain” on YouTube! Here it is.

Next week, after 5 strong years of session work, its back on the road. Playing on two great albums with two iconic artists and going out on tour with them. John Denver and Supertramp.