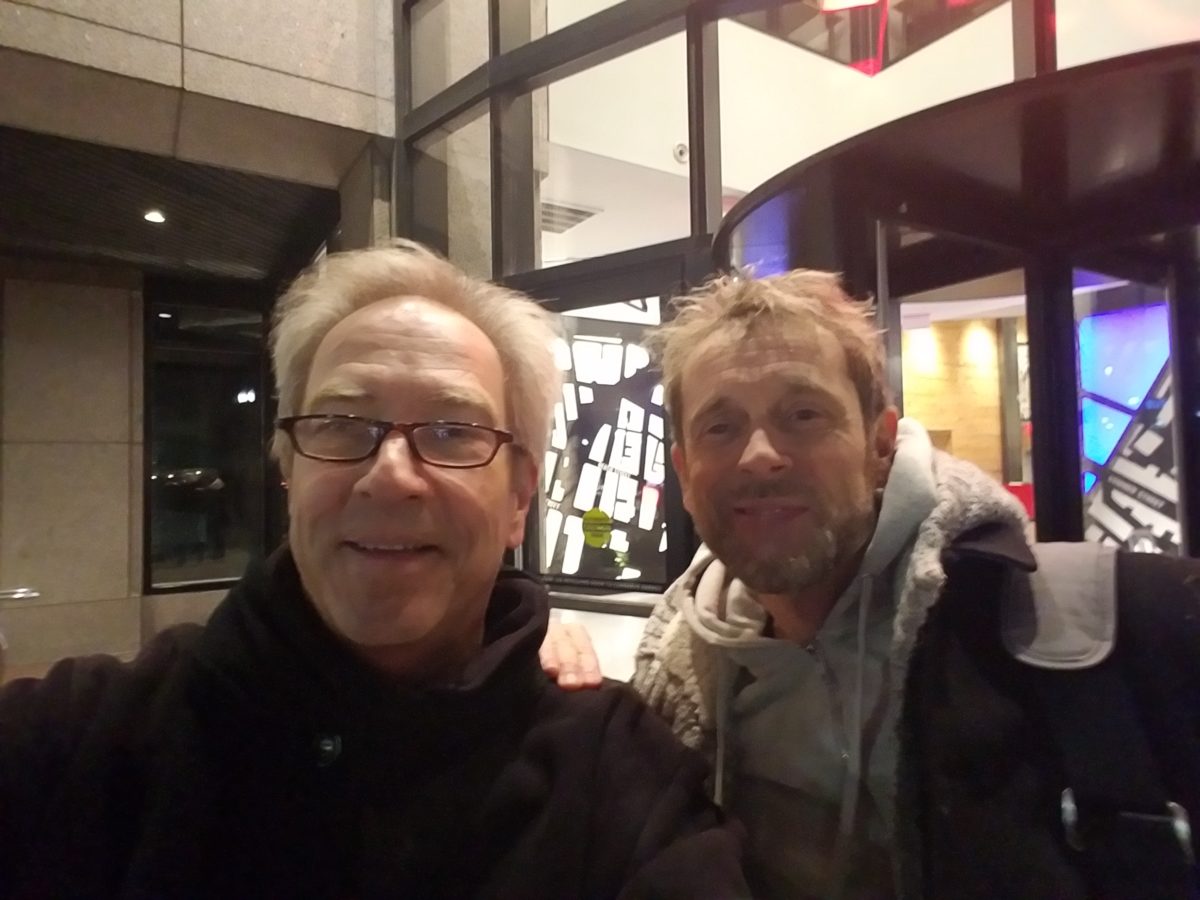 
Today I am spending the day with my old buddy John Jolliffe who I was in band with years ago.
Above is a pic of me and John when I picked him up last night in Boston.

Since I don’t have time to write installment #46 I thought I would re-post a short bit that was in installment #26 regarding that band Big Big Sun. Here goes:


Late in ’91 I was again playing in a band with my old pal Gary Ferguson
called “Big Big Sun”. In the late 80’s Gary lived in England for a period
of time and played on a “BBS” record that was released on Atlantic. That
record made some noise and the lead singer/writer John Jolliffe was now
living in LA. Gary called me and suggested we play with John. He also
called bassist Will MacGregor. We got together, played some things
and the vibe was special. Here we go again! Another “Band”. Hahaha.
I think I may be getting a bit old for this. 🙂 Big Big Sun Mach II
was a great band. Great players, great songs but once again nothing
came of it. Here is one of the songs we shopped in 1991 that I always
loved called “Smilin’ Again”.

One of my favorite songs ever.


This afternoon John and I had a bit of a jam with my boys Ian and Eric, the four of us wrote a cool piece. Who knows maybe the elusive hit is buried in there somewhere.